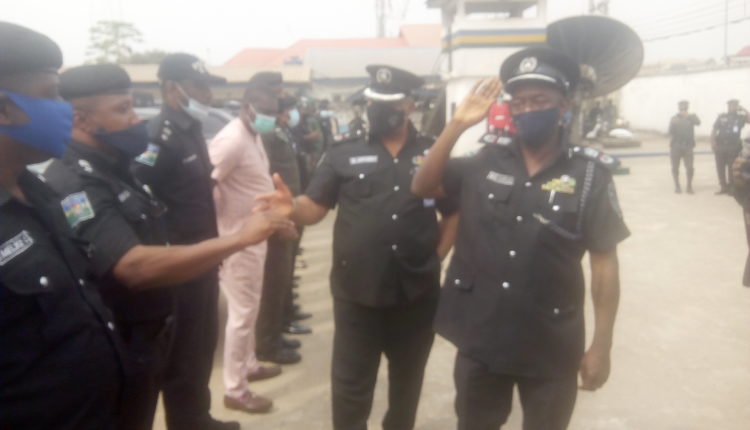 The new Commissioner of Police, Anambra State Command, Mr Monday Bala Kuryasi, has warned cultists, robbers, kidnappers, illegal revenue collectors and other criminal elements to have a rethink and purge themselves or relocate from the state.

The new CP assures that under his watch, he would employ several police security tactics with more bites to tackle these social vices across the state.

Kuryasi gave this advice at his maiden press conference, held at the State Headquarters, Awka, on Tuesday.

According to him, the major crime flashpoints on the state such as Onitsha, Obosi, Nkpor, Enugu-Agidi and Nnewi would be given special attention.

He advised cultists and armed robbers to have a rethink and purge themselves off or relocate from the state.

He lamented the menace of fake news which he said is capable of causing widespread disaffection, chaos and disruption of public peace.

“May I use this medium to warm the purveyors of such news through whatever means to desist henceforth or face the full wrath of the law whenever they are apprehended.

“Former Police Commissioner Mr John Abang was recently promoted to the rank of Assistant Inspector General of Police and transferred to zone 4 Makudi which necessitated the deployment of a new Commissioner in the person of me, Mr Monday Bala Kuryas.

“In this vein, I urge all personnel of the command to eschew corrupt practices and indiscipline. The command will sustain the existing inter-agency collaboration and improve on our respect for the Rule of Law and fundamental​ Human Rights in accordance with international best practices,” he said.

Tribune Online gathered that about 169 personnel of the Command, raging from DSP to ASP were also decorated during the media briefing.

The last time Nigeria recorded such a low figure was in the December 27 to January 2 week, when it reported 5,681 cases…Anambra new CP warns cultists, robbers, others to leave state