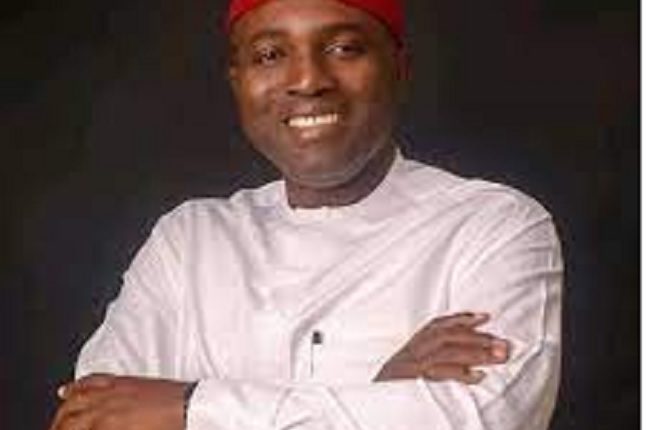 One year after his convoy was brutally attacked by gunmen, the member representing Nnewi North, Nnewi South, Ekwusigo federal constituency in the House of Representatives Abuja, Hon Chris Emeka Azubogu (APGA), has said that the 30th September 2021 attack that killed his driver was targeted at him.

Tribune Online gathered that Azubogu who was running for the ticket of the Peoples Democratic Party (PDP), as the governorship candidate in 2021, had his convoy attacked while driving through a Nnobi, Idemili South Local Government Area of the State.

In a press release signed and made available to Nigerian Tribune in Awka, on Saturday, by his Media aide, Emeka Onyia, Hon Azubogu said the attack left him speechless, especially as he had lost one of his drivers during the attack.

In the release, Azubogu said: “Exactly a year today, (September 30, 2021) my convoy was viciously attacked by gunmen assailants in a swift operation in which I was believed to be the principal target.

“Quite, unfortunately, one of the drivers in the convoy, Mr Ikechukwu, was killed. The very sad curve for me was that the late Mr Ikechukwu actually resumed work the same day he was brutally killed; after he had reached out to my Chief Driver who helped him secure the much-needed job through which he had planned to fend for his young family.

“It is traumatic each time to remember that a young man who strived to feed his family from proceeds of a legitimate job was killed by heartless criminals who take liberty in destroying what they cannot create.”

Away from reports that he was in the convoy at the time of the attack, the lawmaker said the convoy was actually coming to the airport to pick him up.

The lawmaker who was today honoured with an award by the Anambra State chapter of Ohanaeze Ndigbo said he could not travel, as a mark of respect for his driver who was killed on the same day, a year ago.

He called for support for the governor of Anambra State, Prof Chukwuma Soludo to fight against criminals in the state.

“There is no gainsaying that violent crimes are a societal plague which spread or sustenance leaves everyone unsafe. It endangers society at large and we can only defeat the scourge when we stand and work together.

“We must therefore unite in supporting Mr Governor’s effort and resolve to end insecurity and violent crime in our dear state.”

Many prominent personalities have been attacked and killed by gunmen in the state. While a serving lawmaker was beheaded, the husband of former minister of information, Dr Chike Akunyili was killed, among others.

The latest was the recent attack on the senator representing Anambra South Senatorial zone, Senator Ifeanyi Ubah, who was attacked two weeks ago, and he lost four policemen in his convoy, his personal assistant and his personal photographer.

The Senator was able to escape because he rode in a bulletproof car.

Nigeria @ 62: We can’t afford another Buhari as president, ‘Obidients’ declare in Delta