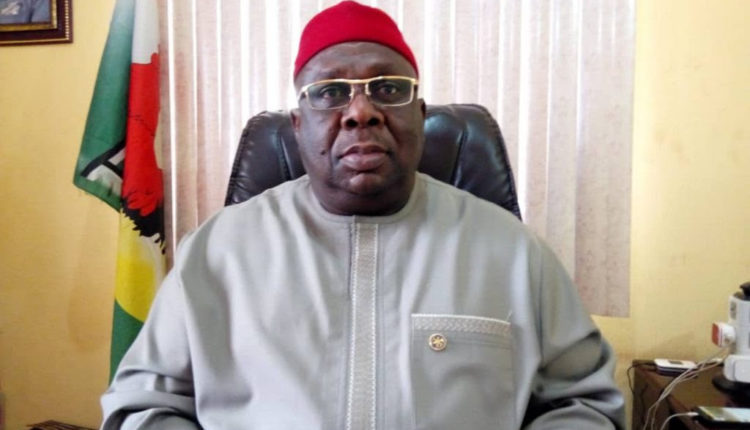 A Chieftain of the party, Chief Jude Emecheta, who disclosed this to newsmen shortly after a Praise and Worship rally organized by twenty-four support groups from across the state and beyond in favour of Soludo guber ambition, held at the Prof. Dora Akunyili Women Development Center Awka, over the weekend.

Emecheta noted that major stakeholders in APGA, had strongly endorsed Soludo as the candidate of the party in the 2021 governorship poll in the state.

Describing Soludo as the tallest masquerade in the race, the APGA chief said “even those in other political parties have confessed to that.”

According to him, the truth must be said, Soludo has no equal in that race. Tell me the person who has half of Soludo’s pedigree and credentials in the forthcoming guber race. A man that has tour economically across 340 countries in the world. He should be allowed to continue the good work of Governor Willie Obiano, come March 17, 2022.

“We are for him; Anambra people are for him. And he is the right and best candidate for Ndi-Anambra in respective of any placement.

Anambra must continue to move higher in our choice of governorship candidate. Since 2003, APGA has given the state the best products.

“Mr. Peter Obi started it, and now Willie Obiano. The next will be Soludo. That’s how we will continue to progress in the overall interest of Anambra State.

Also speaking at the rally, the Chairman of one of the group, Youths Earnestly Seek Soludo (YEES), Dr. Nelson Obinna Omenugha and the State Commissioner for Utilities and Water Resources, Engineer Emeka Ezenwanne, noted that the prayer rally was a movement of young men and women who aligned with the ideas and personality of Charles Soludo, and are strongly working towards ensuring his emergence as the next governor of Anambra State.

They explained that the groups’ objective is to ensure that Professor Charles Soludo succeeds Governor Willie Obiano for continuity.