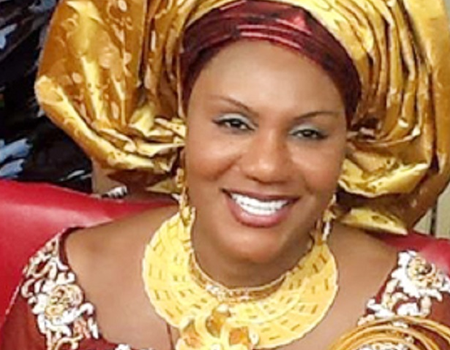 THE Wife of the state Governor, Chief Mrs Ebelechukwu Obiano, has expressed optimism of her Husband, AGPA’s triumph on the November eighteenth gubernatorial election.

Chief Mrs Obiano, was speaking at Ekwueme Square, Awka during the official flag off of Governor Willie Obiano’s reelection campaign.

The Governor’s wife who said she was overwhelmed by the mass turn out of people at the event, enumerated reasons why Ndi Anambra should support the Governor on November eighteenth election, and charged them to repeat the massive turnout in their various polls on the election day, to enable them vote and protect their votes to avoid manipulation of any kind.

In their various remarks, the Founder Home to Home Campaign Initiative, Comrade Peter Nwosu, and the National President Anambra State Association of Town Union, Chief Alex Onukwue, observed that the leadership style of governor Obiano has affected lives of the citizenry positively, calling on all the state’s residents to support APGA as according to him the party has brought hope to the state.

On his part, the Chairman Arewa Youths Anambra State Chapter, Comrade Ibrahim Jibin, while describing Governor Obiano as the best Governor in the federation, charged the Independent National Electoral Commission, INEC, to ensure a level playgroup for all political parties in the state, by organizing a free, fair, and credible election.

In their separate speeches, the National Secretary ASATU Youths Wing, Mr Onyedika Eweh, President General Isuaniocha Community, Chief Tony Onyeagolu, Chief Emmanuel Ikem,and Chief Peters Igboeli, maintained that the massive turnout of the people on the event is a clear indication that the people of the State are happy with Obiano led-government and are fully in support of his second term aspiration, even as they promised to intensify effort in publicizing the good works of the Governor, to earn him more support.

Anambra Guber: I will run an all-inclusive government, if elected ―Ezeemo