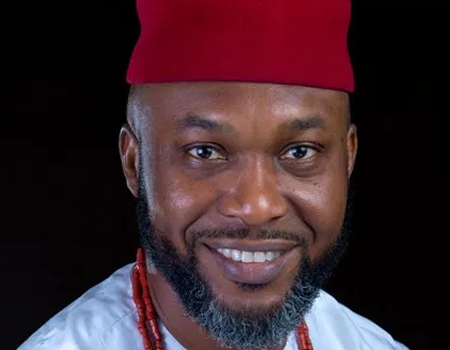 Former Aviation minister and contender for the United Progressive Party (UPP) governorship ticket in Anambra State, Chief Osita Chidoka has declared that his government would avail traders in the state, financial facilities and international business connections as part of his economic agenda to reposition the state as the commercial nerve center of the nation.

Speaking on Monday while commissioning his campaign offices in Ihiala and Ekwusigo Local Governments respectively, Chidoka lamented the level of neglect suffered by the masses in the areas and vowed to ensure fast-tracked interventions through accelerated development, adequate government presence and equal representation of the areas in the government.

In a statement made available to newsmen by his Director of Media, Viola Ifeyinwa Okolie, Chidoka, noted that Anambra people are very hard working and highly creative but have been impeded due to lack of
financial assistance and appropriate business environment, the governorship aspirant said they only need the right encouragement to excel as global players in their various fields of endeavor.

“Our target is to turn around the fortunes of our people. We will therefore run a government that pays attention to the actual needs of the citizens and apply the resources of the state to projects that have direct bearing on the masses. Anambra people are known for their prowess as traders and business people, we will therefore do all it takes to make them excel in their businesses.

“In our first year in office, government will create a special financial package to provide our traders with the resources to upgrade their businesses. We will then step in to modernise our existing markets and open new ultra modern markets in other strategic parts of the state, including Ihiala.

“We have perfected plans to relocate and modernise the Nkwor Ogbe market here in Ihiala and to empower the traders to upgrade their businesses.

“We must make our traders in Anambra to become global players by availing them with facilities and platforms that directly connects them with their business partners in other parts of the country and the world, so that they will explore new, faster and more profitable ways of doing business and ultimately excel as individuals and
groups”, he said.

In Ekwusigo, the former Federal Road Safety Commission, (FRSC) boss said his government would ensure that the fortunes of the people are turned around through access to equal opportunity, infrastructural development and special government interventions in critical sectors of economic and social lives.

He said ‘’ the time has come to establish a government that will not place the burden of running the state on small business owners, the artisans, the okada men who are already struggling to find their daily meals; but a government that would be able to harness the abundant resources available to the state for the welfare of the people.”

He further promised to review all extortionate taxes and ensure that people were no longer harassed or burdened by such levies.