Agriculture
By Nurudeen Alimi On Jun 2, 2020 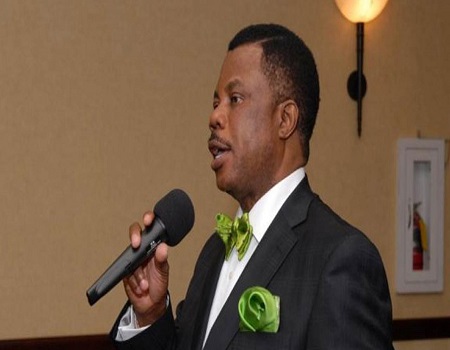 This is just as the state government has also empowered farmers with poultry assets such as cages, birds, feeds, drinkers, feeders and Apiary kits for pure honey production.

Making this known in Awka, programme manager of the Anambra State Agricultural Development Programme (ASADEP) Mr. Jude Nwankwo, said governor Willie Obiano, was working assiduously to ensure food security in the state, which according to him, was the remote reason the governor was encouraging more people to go into agricultural productions.

Nwankwo said that more women have been encouraged to venture into breeding of orange flesh potato production because the specie was highly nutritious and very good for the eyes and can be exported when processed.

He noted that the state governor should be commended for giving the people what he described as bread of life inspite of the coronavirus pandemic. He pointed out that the worst that can happen was when there was nothing in the ground to avert hunger virus.

According to him, government has been touring the local governments and distributing cassava stems, fertilisers, lime, certified seeds, maize, rice to mention a few stressing that the essence of the free input distribution to farmers was to defeat hunger, the COVID-19 pandemic notwithstanding.

The ASADEP programme manager also disclosed that farmers in the state were to benefit from a forthcoming Accelerated Agricultural Development Scheme ( AADS) where women and youths will be empowered in fishery and rice production respectively.

Nwankwo maintained that while the state is playing safe and observing all COVID-19 precautions, it is equally working towards food security for all and sundry as evident in the continuous support to the agricultural sector.

AfDB: Another lesson in diplomacy for Nigeria