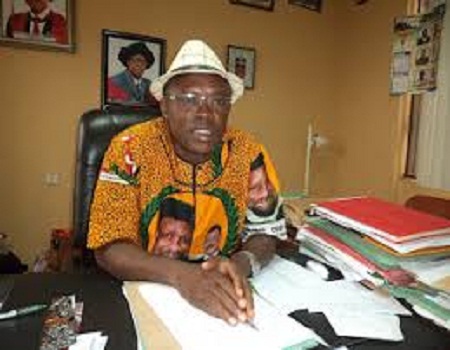 THE Anambra Government in collaboration with the Onyebuchi Chris Ifediora (OCI) Foundation has concluded plans to providing breast and cervical cancer education in secondary schools across the 21 local government area of the state.

The cancer enlightenment programme is scheduled for September/October 2019.

The state Commissioner for Basic Education, Prof Kate Omenugha stated this when officials of the Foundation paid her a visit in her office over raising awareness on the campaign tagged “Arm Our Youths” in Awka on Monday.

Omenugha, who is also the Official Sponsor of the Campaign, said the project was already a done deal to include breast and cervical cancer education in the curriculum for secondary schools in the state.

She commended the group for initiating the programme and urged them to come up with guidelines for its seamless implementation.

Also, the state Commissioner for Health, Dr Joe Akabuike, who received the group in his office, said the state government would provide the necessary support for the project to succeed.

Akabuike, while commending the group, disclosed that about 16 per cent of women from ages of 20 and 60 had precancerous lesions.

According to him, the prevalence if not taken care of could come down to cancer in the next 20 years.

“One of the greatest challenges we have in the developing world is that we neglect preventive medicine and go for a cure when we lack money and facilities to cure ourselves.

“Our women are dying because the society does not see their lives as worth saving.

“These diseases can be treated at zero levels but usually nothing is done until it gets worse,” he said.

However, Dr Akabuike said the state governor, Chief Willie Obiano had over the past five years led institutional reforms and legacy projects to improve healthcare delivery to the people.

He enumerated some of the achievements to include. the establishment of the State Primary Healthcare Development Agency and the state Health Insurance Scheme, among others.

“The essence is to initiate processes and ideas that will have sustainable health policies and make the people have access to quality and affordable healthcare in the state,” Akabuike stressed.

Earlier, the Legal Adviser of the organisation, Mr Onyechi Ononye, who led the group, said they visited to raise awareness and sensitisation ahead of the implementation of the “Arm Our Youth” Campaign.

Ononye disclosed that the campaign was endorsed by the Harvard Medical School, Boston, Massachusetts, USA.

While expressing concern over the increasing rate of the diseases, Ononye said the Foundation had developed an evidence-based initiative that would ensure that the teachings were delivered in a sustainable and cost-effective way to students in the country.

“We assure you and everyone else that the OCI Foundation will keep her part of this initiative, just as we have always done.

“Our focus is to do all we can for the ultimate winners of this programme who are not just our women, but men that will marry them and the boys and girls they will give birth to.

“The winners also include the communities, companies and institutions that will employ these women; simply put, the winner is everyone,” he said.

Ononye said that the implementation plans for the campaign were underway with the production of a mobile application by experts in Australia and a draft curriculum for the intervention in secondary schools.

He said the Civic Education teachers, who would impact the knowledge had been identified in addition to the assessment and evaluation system needed to ensure the long term sustainability of the programme.

Ononye, while explaining that Anambra was chosen as a pilot state for the campaign because of its existing relationship, noted that it would be launched later across the country on or before 2025.

OCI Foundation, founded by Dr Chris Ifediora, a Nigerian Family Physician based in Australia, is a Non-Governmental Organisation that champions health and education activities for women and the less privileged in Nigeria.