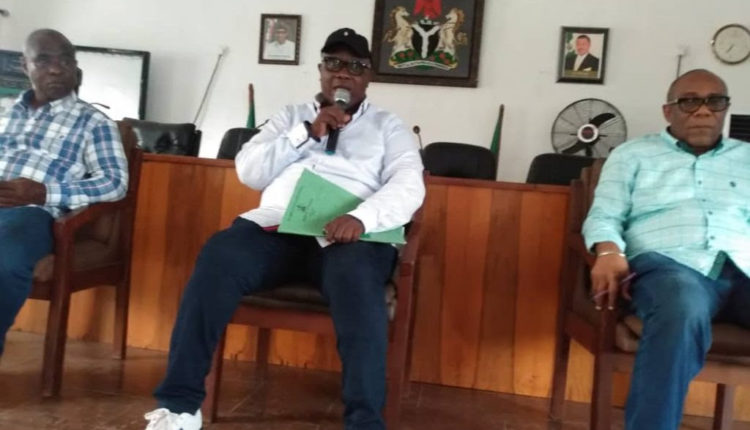 The Anambra State Commissioner for Works, Engr. Marcel Ifejiofor, has attributed the poor condition of roads in the state to lack of funds, noted that it would cost about 150 billion to fix all roads across the 181 communities that constitute the state.

Ifejiofor also stated that most of the roads are in bad shape because heavy trucks that  were not designed to carry them ply the roads.

The Works Commissioner who spoke to newsmen yesterday at the Government House, Awka, further complained against incessant burning of tires by hoodlums on roads, blockage of drainage system by people who dump refuse into them and called on residents to stop dumping refuse in  drainage channels  adding that the condition of the roads is worsened by flood that finds its way on the major road as a result of the blocked channels.

He added that Anambra state has the highest tarred roads in the country, but complained that the state was experiencing lack of funds to meet up her several infrastructural needs, especially roads.

Ifejiofor said “with N150 billion, the state  roads will be in order. Most of the roads in the state are suffering because of the lack of enough money to put them in order.

“People will always accused government of not  doing well but  they do not care to find out the amount accrueable to government” he said further.

He continued “Many roads in our state need attention but we need money to fix them.”

He also stated that some bad roads in the state were  poorly designed to the extent that some of them were constructed without any drainage channels  for easy flow of water saying that lack of such facilities cause damage to such roads.

Engr. Ifejiofor, who present some copies of letters obtained from the Federal Ministry of Works stopping work on the rehabilitation of roads by some Politicians in Nnewi because the Contractor did not secure approval from them, announced that work will soon commence on the Obodo-Ukwu road, Okpoko, Amansea, Ndi-Ukwuenu road while the Enugwu-Agidi-Nawgu-Ukwulu road will witness total reconstruction.

He appealed for support of wealthy citizens of the  state to partner state government in fixing damaged portions of roads and advised that anyone who would volunteer such assistance should liaise with his Ministry to ensure proper monitoring of such repairs.

He use the opportunity also to announce that the ongoing Anambra Airport Project is been funded by the State and not Federal Government as speculated.

CHRISTMAS IN NOVEMBER: 10-year-old Emmanuella builds house for her mother