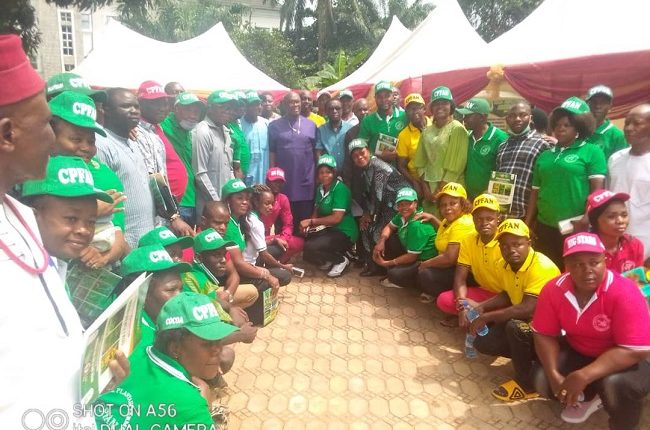 The Anambra State Government has distributed about 500,000 cocoa seedlings to different categories of farmers to boost cocoa production in the state.

The government also provided plantain suckers to farmers who have an interest in plantain farming.

Governor Willie Obiano, who disclosed this during the official launching of Cocoa and Plantain Farming, held at the state Ministry of Agriculture Secretariat Complex, Awka, on Thursday, said the initiative was part of the government’s drive to boost the state economy through agriculture and agribusiness.

He added that the programme was also meant to create jobs for youths in the state and allow everyone to become economically independent.

Obiano, who was represented by the State Commissioner for Agriculture, Mr Nnamdi Onukwuba, hinted that the programme had the blessing of President Muhammadu Buhari led Federal Government and the present government of Anambra State.

“The seedlings would be distributed to farmers from all the 21 local governments of the state. We have the responsibility of upgrading cocoa production because Anambra State is suitable land for growing cocoa,” he added.

According to the governor, the programme became necessary for Anambra state, to be the first Cocoa producing state in the South-East region.

The National President of the Cocoa and Plantain Farmers Association of Nigeria (CPFAN), Chief Ayodele Ojo, in his remarks, disclosed that in two years time, Cocoa would emerge the highest source of internal revenue in Nigeria.

He advised Nigerian youths to put more interest in agriculture, especially, in cocoa and plantain farming and production.

While commending Governor, Willie Obiano, for the seedling distribution to his members, he announced that the association under his leadership, would in November 2021, honour President Mohammadu Buhari and the Minister of Agriculture with a distinguished leadership award.

Prince Samuel Dickson, the Zonal Vice President South-East, of the Association, who also spoke at the launching, disclosed that the distribution of the seedlings was the first step to take the state back to its rightful position in cocoa production in the country.

Dickson who is also the Director-General, Big Star Global Foundation, said it would also create a great job opportunity for the teeming youths who wander about without jobs, as it would drive development and increase the internal revenue of the state.

He said the seedlings being distributed by the Anambra government had a 17-month flowering span with a high yield, adding that the seedlings were also tolerant to high conditions.

No ethnic or religious bias in FUHSO ― VC