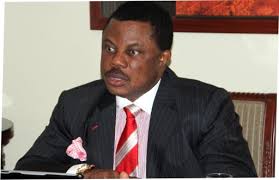 Various communities across Anambra State have been charged to always maintain peace, unity and progress to enhance socio-economic development.

“This charge was given by Mr Henry Nwasike, of the Office of the Anambra State Commissioner for Chieftaincy and Town Union Matters, while addressing the people of Ugbene in Awka North Local Government Area, who staged a peaceful protest at the Government House, Awka, on Wednesday.

Mr Nwasike who appreciated them for their peaceful conduct said that the Obiano administration is working assiduously to ensure that all communities in Anambra State live in peace and harmony.

Mr Nwasike assured the people of Ugbene that Government will look into their grievances, as the present State government wants absolute Peace and prosperity of its citizens at all times.

The PRO of the community, Mr Jonas Okelue-Urebe, alleged that they were Short-changed in the traditional stool election conducted on the twenty-sixth October 2019 in the community and urged the government to look into it by conducting a fresh election where justice will prevail.

Two elders of the community, Chiefs Wilson Okoye-Aniemena and Alfred Offor appealed to Governor Willie Obiano to use his good office to look into the matter and resolve it amicably, to avoid a break-down of law and order in the community.

NigerianTribune gathered that the protesters carried placards with various inscriptions such as, it is the turn of Umualor village to produce a traditional ruler, we want peace and unity in Ugbene among others.