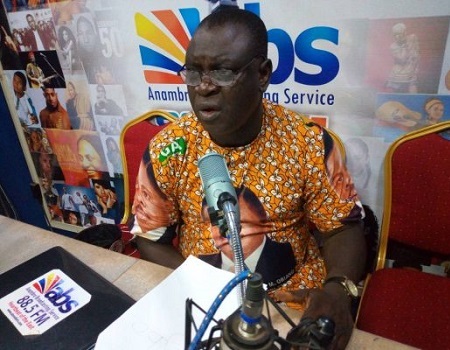 Members of the All Progressives Grand Alliance, APGA, in Anambra State have been charged to immediately commence mass mobilisation for the party ahead of the 2021 gubernatorial election in the state.

Chief Amuta noted that his clarion call was prompted by the desperate moves and vile propaganda of opposition political parties against the state government.

He said that the achievements of the Obiano administration in less than six years are verifiable and impressive, stressing, the need for party faithful to rely on these accomplishments to canvas for votes from the Anambra electorate.

Chief Amuta highlighted some of the grassroots policies and programs of the Obiano administration to include; community choose your project initiative, Anambra state health insurance scheme and Anambra Small Business Agency, ASBA among others.

In their remarks, the Onitsha North Local Government Area Chairman and Secretary of APGA, Mr. Martin Obika and Chief Ojinaka Uzoechina, assured that the party would leave no stone unturned to consolidate its grassroots support base in the commercial city.

They equally commended the caretaker chairman of the local government, Mr. Patrick Agha-Mba, for emulating the people-oriented development initiative of Obiano administration.