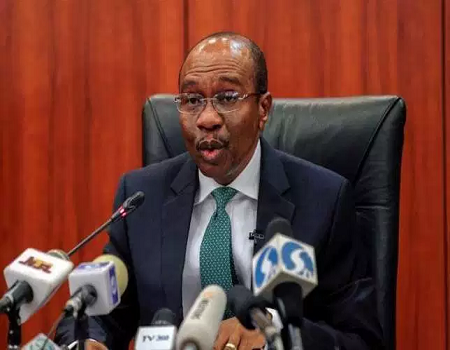 Even as the Central Bank of Nigeria (CBN) has said that Milk importation is not banned but its importers will soon be denied access to official foreign exchange (Forex) window, financial analysts from Proshare have listed immediate likely consequences of the Bank’s intended policy.

In their assessment of the policy, the analysts observed that cost of milk and milk-dependent products will rise significantly.

They also fear that local production of the product at the scale required to meet domestic needs would take between three and four years during which the dominant milk products in the country would be smuggled in, thereby distorting the demand and supply equilibrium in local markets with major revenue loss to government, stressing that Job losses in the domestic milk value chain will worsen an already dire unemployment situation

“Contrary to the Central Bank Governor’s notion that milk production in Nigeria is easy based on domestic cow production, the deeper reality is that the cows husbanded in Nigeria are not ideal for milk production and are principally used for their meat.

“Dairy cows would have to be massively imported from countries like Argentina and Brazil and they would need to be pre-inseminated and supported by appropriate fodder before being introduced to local cow ranches,” the analysts stated.

As things stand today, the required ranches and ranch facilities are thin on ground, meaning that heavy investment in ranch infrastructure would be required, which translates to high initial breakeven margins for cattle dairy farmers, according to Proshare financial intelligence department.

However, in a swift reaction, the CBN in a press statement on Friday noted that some interests, who feel hurt by the planned policy is misleading the general public by misrepresenting the ordinarily unassailable case for investments in local milk production and the medium to long-term benefits of the planned policy.

The Proshare’s analysts further noted that high cost or clear shortage of milk in Nigeria will have perverse effects on child mental health development and lead to an unintended ‘Cobra Effect’.

“The absence of adequate supply of milk will cause increased child health challenges which will require the importation of drugs not manufactured in the country to counter the medical challenges caused by the relative absence or high cost of milk products.“This will bring the CBN to a point where it would have to fund medical supplies that would have been avoided if milk was approved for official foreign exchange transactions,” the analysts insisted

The CBN has said that Nigeria spends between $1.2 billion and $1.5 billion annually on the importation of milk, but Proshare noted that the fiscal authorities need to provide incentives and policy frameworks that encourage the local production of the product as quickly as possible.

The central bank said it was aware that some of its policies may hurt some business interests, but remained appreciative to Nigerians for the buy-in and intense interest in the policies of the  bank.

The bank noted that Nigeria and the welfare of all Nigerians come first in all its policy considerations. Being an apolitical organisation, the CBN said it does not wish to be dragged into politics, but its focus remains ensuring forex savings, job creation and investments in the local production of milk.

For over 60 years, Nigerian children and indeed adults according to the statement have been made to be heavily dependent on milk imports. The national food security implications of this can easily be imagined, particularly, when it is technically and commercially possible to breed the cows that produce milk in Nigeria, it stated.

For the avoidance of doubt, milk importation is not banned the CBN explained, adding that it has no such power.

“All we will do is to restrict sale of forex for the importation of milk from the Nigerian foreign exchange market.

“We wish to reiterate that we remain ready and able to provide the needed finance to enable investors who genuinely want to engage in milk production succeed,” it said.