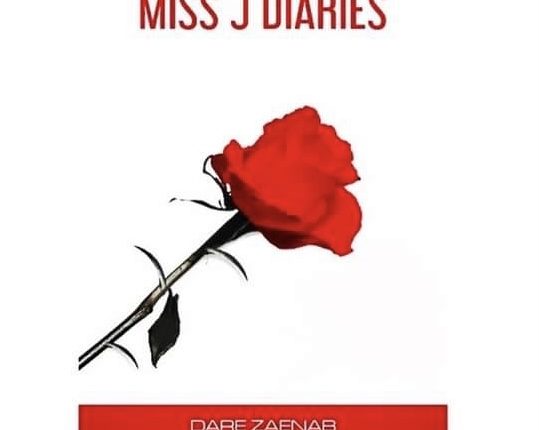 Zaenab Dare is a writer with so much courage and style. Writing a collection of flash fictions is not as easy as people think, if you doubt, you can ask Ernest Hemimway or Frank Kafka. Well, none will answer. As a result, this analysis sets out to uncover Zaenab’s flash fictions, divided into two parts and which cuts across several subject matters (to be discussed), such as: Vengeance, Black humour, Foreshadows of premonition, a shocking turn of events, and magic.

The subject matter of vengeance cannot be ignored. It enveloped the larger percentage of this collection. In the eponymous title, ‘Leroy’, who could enchant any woman of his choice merely by rubbing his fingers on the girl’s face.

However, the men ganged up against him and his best friend (Bert) was used as his foil to lure Leroy into the woods for their ambush. They almost succeeded but not too long when Yara (Bert’s ‘dream girl’) came to his rescue in the woods. In other to get back at Bert, Leroy rubbed his fingers on her face which suggests a further play on vengeance.

Also, in ‘Bait’, vengeance was played by Vince, who survived Delani’s treacherous act. Knowing that Vince survived, Delanin took into hiding but the former took the latter’s sister as a bait. How? He tricked her into falling in love with him and broadcast their love relationship on the radios.

The narrative discloses that Vince is incapable of love which would likely draw the treacherous Delanin out. Moving into the second part (‘Ashes’) of the collection, ‘A Sinking Ship’ follows suit. Ava, the heroine, is likened to a sinking ship. She kills her husband’s (Albert) mistresses as a way of avenging her broken heart. And she doesn’t mind sinking in it as ‘she lit a cigarette, an hoped to choke on her own smoke.’ This can also be seen in ‘The Sire’, ‘The Purple Memoir’ of an angel of death who was later told to kill herself by the man who had used her in avenging his parent’s death. Isnt’ that a good twist?

‘Meredith’ is another flash fiction worthy of note in this subject matter. Her brother was killed by a warlord and chosen as a cook in the warlord’s house, ‘her beauty pierced the warlord’s heart right before her blade.’ We can go on and on but there are more subject matters to be discussed. ‘When the lie is good’, ‘Muna’, Out to get them 1 and 2 are also involved.

Many a time, we humans have the tendencies to see a pattern playing before us over and over again. But as unimaginative people, we do not know that these patterns are a way of foretelling the bad or the good to come. Well, the subject matter on foreshadows of premonition is what we will be looking into. It is evident in ‘Eighty feet’, ‘Hit and run’, and ‘sweet Dreams Interrupted’. In ‘Eighty feet’, Daw’s radio was a symbol to the future.

A flashback was made into Daw’s past life where he tried all he could to cement his relationship but ended up getting to know that his wife with whom he had tried to make peace with only was hitting for  divorce. He ended up throwing her over the eighty feet balcony. And now, in the present, the same song hits his hears again but he ignores, muttering: ‘it’s just another song’. But the writer tells us that another death is coming.

In ‘Hit and run’, the maniac wife of Mohammed kills anyone who isn’t nice to her husband. Readers had foreshadowed all her deeds when she held his hands firmly to say ‘I will do anything for you.’ And it began to dawn on her husband of the debt of her words. Lastly, in ‘Sweet dreams interrupted’, Lou captured Claudia who was his supposed lover a night to her wedding with Sam (another man). Her last sleep was disturbed and the narrative tells us that their doom is pending due to Lou’s statement to Claudia, that: ‘I will destroy you if I can’t have you’. They ended in a canal.

Furthermore, there is the subject matter of a sudden twist of event (Karma). In ‘The Painter of Doom’, a bully took a girl’s paintings who was sitting and painting calmly on her on. Taunting her, he asks how much she would charge for her paintings on a drowned man but little did he know that the girl was painting his doom. That was karma; a good one at that.

In ‘Fleeing Interrupted’, a cheat plans to run away from a woman he left at the alter last month but he decided to look at the side of his beautiful new neighbour, Eve. Her words to him are what you all should read. It was mind blowing. Yes! ‘The Auction’ is a beautiful twist of a nuisance/trouble courter who met his waterloo at an auctioning where he was mysteriously one of the tags for sale by the same family of four he had tormented. Shockingly enough is that his own parents at the auction were so glad to see their son auctioned. Can you believe that?

Lastly, ‘Talia’, the eponymous title is one to look into. She poisoned her husband (General) so as to run away with the new prisoner (Andreas). She never knew that Andreas detested black widows. He was a prisoner for killing General’s sister who in turn had killed her husband. The omniscient narrative technique reveals to us that Talia will not last the sunset.

The last I wish to discuss is on self-will. In ‘Serpent’ Zaenab preaches that man’s decisions are his and not the information he receives. Yes, the devil plants but we grow. Hence, we should be left on our own as to the fruit of our actions. In ‘Tainted’, Omar watched her lover who is suggested to also act on everything she is told.

And he plans on leaving her because of that.

All in all, Zaenab weaves together subject matters in an interesting way. There are also subject matters of: infidelity, death, reincarnation and many more. The writer’s inclination to humour of all kinds makes this work a good blend. The spice of life is indeed variety which this collection brings to life. The world should be on the lookout for this talented writer.

The Silo Effect: The Peril of Expertise and the Promise of Breaking Down Barriers