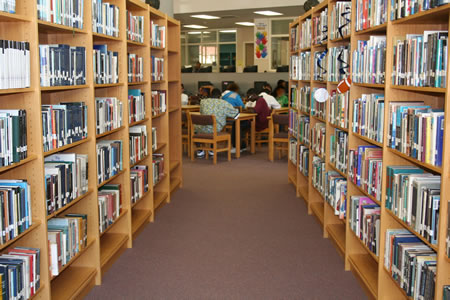 The library of 40 schools across Nigeria will be boosted with books to be donated by the Association of Nigerian Authors (ANA), to mark her 40th anniversary.

Chairman of the Strategic Planning Committee of ANA at 40, Taiwo Akerele said the gesture was to serve as her corporate social responsibility to the schools while it complements the efforts of the government in the sector.

Akerele who said this at a press conference in Abuja noted that the Nigerian education sector was faced with serious educational crises, a situations noted by the Nigerian Economic Summit Group (NESG).

According to him, the 40th anniversary of the ANA with the theme: “Resilience and Nation-building, the role of Nigerian literature.” was apt to the national educational challenges.

Emeritus Prof Femi Osifisan, a renowned writer and academic of repute will speak on the theme while a keynote would be delivered by Prof Akachi Adimorah Ezeigbo, an emeritus professor at the University of Lagos.

Another activity for the event would be the assemblage of a team of panelists to discuss a wide array of issues.

Akerele noted that “In 2019, UNICEF estimated 10.5 million and that was before the issue of banditry, kidnapping became much more. Today, it is estimated that over 13 million children are out of school. That is almost the size of some countries.

Akerele said the reality of out-of-school children was a national emergency, especially when considered alongside the negative implication of this situation in the future, where these kids will feed unskilled space in the competitive Nigerian labour market.

He disclosed that ANA was in collaboration with the Nigerian government through the Federal Ministry of Education to ensure that western education is blended with the country’s traditional culture in most of the places that are educationally disadvantaged to ensure that people are properly educated.

Speaking further on the distribution of 40,000 books, the association, through its Northern Region Spokesperson, Umar Yogiza Jnr. noted that the 40,000 books are authored by Nigerians who are members of ANA and are ANA awarding-winning literature for children.

According to Yogiza, the books cover subject areas such as mental health, literature, and insecurity as well as any subject that is good for the Nigerian public, adding that each school will be given 1,000 books that will be placed in a special shelf constructed by ANA and will be updated every year.

Also speaking the immediate past President of ANA, Denja Abdulahi, lamented that despite several volumes of books written about the Nigerian civil war, they were not read by the public and that accounts for recent agitations across the country.

Abdulahi, who noted that writers were using their literature to help Nigerians in the northeast to cope with the trauma of insurgency, said writers were useful in using literature to change the orientation of society, he maintained that what society needs to do, was to read the authors’ books.