Amotekun: You have no supervisory role over our govs, Olajide tells Malami 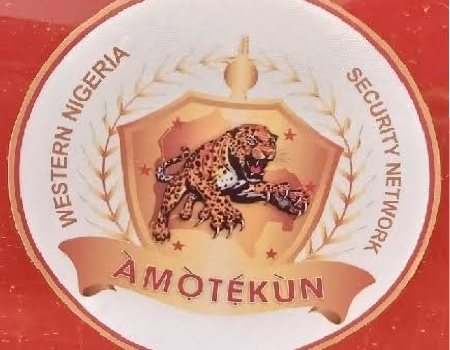 An elder statesman and Secretary-General of Yoruba Council of Elders, Dr Kunle Olajide has described the declaration of operation ‘Amotekun’ as illegal by the Attorney General of the federation, Abubakar Malami as his opinion and that he has no supervisory roles over the state governors.

Speaking in Ado-Ekiti on Thursday, Olajide pointed out that there was nothing illegal about Amotekun, urging Malami to approach the court if he feels strongly about the security outfit.

According to Olajide: “It just happen that it was the Attorney General who made the declaration, otherwise  I would have considered it as somebody who is exercising his fundamental human right on freedom of speech. To me, the Attorney General has just expressed his personal opinion irrespective of the position he holds.

“He is the chief law officer of the state advising Mr president. He does not have supervisory roles on the duties of elected governors. He is an appointed officer but the governors are elected by the people.

“According to section 14 (2) of the 1999 constitution (as Amended), the purpose of government is the security of the life and property of the people. So the governors are the chief security officers of their states. In the last couple of years, it has become obvious that this centralised police system cannot provide security in all parts of this country.

“You have security failures in the north, everywhere. In fact, it has been a bitter experience for us in the south-west. Our people have been kidnapped, raped, and murdered. In fact, the daughter of the leader of Afenifere was murdered and not a word has been heard.

“This goes to show that the police is inadequate. It may not be their fault because they are understaffed and underfunded. But they can not provide the needed security. Do you expect the governors to fold their arms and watch the people who voted them into office, slaughtered? They took the right initiatives by establishing this Amotekun thing. It was by no means illegal.

“You can’t stop me from providing security in my house or community. So, for me, the Attorney General has just expressed his opinion. If he believes that we have violated any law, it behoves on him to take us to court. but as far as we are concerned we see it as aberrant expression of opinion.”

In a related development, the Ekiti Council of Elders has implored the Federal Government to fashion out harmonious working relationship between the security outfit and other arrangement targeted at protecting Nigerians.

In a statement in Ado Ekiti on Thursday by their President, Professor Joseph Oluwasanmi; General Secretary, Niyi Ajibulu; and Public Relations Officer, Dr Bayo Orire, the council said: “The Federal Government is expected to be exploring all reasonable avenues towards securing the safety of lives and properties of its citizens.”

The council also reiterated the need for the Federal Government to urgently convoke a Sovereign National Conference where contending issues would be discussed.

The statement reads: “The Ekiti Council of Elders has lent its weight behind the South-West governors for establishing the Amotekun outfit. The council salutes the courage of the governors for rising stoutly to the security challenges that engulfed the entire zone.

“The council views the respite recorded in the past few months from the marauders, herdsmen and other opportunistic elements as due to the pro-activeness of the governors, our traditional institutions and the collective efforts of the people.

“As far as a security issue is concerned, the council strongly considers that the Ekiti State Governor, Dr Kayode Fayemi, has been advocating and remarkably implementing the wishes of Ekiti people. A situation whereby free movement and accesses to our farmsteads are no longer guaranteed is totally unacceptable.”