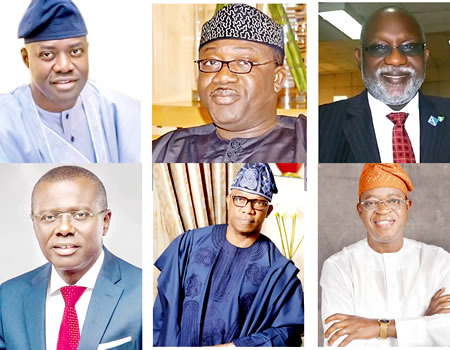 The six Houses of Assembly in the South West will jointly adopt a single legal document which will make the practice and operation of Amotekun security outfit uniform across the region.

The Chairman, Conference of Speakers of South West States, Honorable Oleyelogun Bamidele gave the indication at a meeting of the conference held in Ibadan on Wednesday night.

Oleyelogun said the uniformity of the bill would ensure synergy of operation in terms of a working relationship, intelligence sharing, training and others among the Amotekun corps across the six states for effective security operation and management.

The Chairman explained that the conference would not rest until an acceptable law which will give full legal backing to the security outfit is passed.

ALSO READ: President Buhari, save our souls in Oke Ogun

The meeting provided the opportunity for the South West Speakers to meet with States Attorneys General on observations, suggestions and conflicting areas identified during the public hearings conducted by each state.

Clause by clause deliberation of the various suggestions, observations and conflicting areas raised at the public hearings is being done towards achieving harmony in the proposed Law.

Aside from Attorneys General, the meeting also had in attendance Majority Leaders, Clerks of the six states Houses of Assembly, Directors of Legal Departments and Chairmen House Committees on Security among other functionaries of the legislatures in the region.
Speakers in attendance at the meeting were Adebo Ogundoyin (Oyo), Timothy Owoeye (Osun), Bamidele Oleyelogun (Ondo), Mudashiru Obasa (Lagos), Funminiyi Afuye (Ekiti) and Olakunle Oluomo (Ogun).