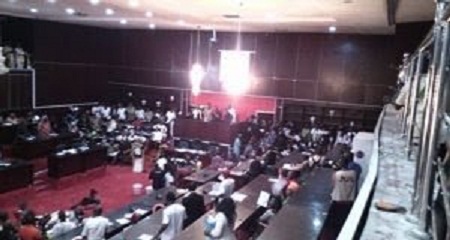 Six states of the South-West have expressed the readiness to give the bill on the security network codenamed Operation Amotekun accelerated passage, in order to ensure the commencement of its operations.

Speakers of the houses of assembly in the states, in separate interviews, said they would give the needed and expeditious attention to the bills whenever they were brought up for them.

The offices of the attorneys-general of the states were said to be working on a bill to be sent to each of the state houses of assembly for passage.

Speaking to the TribuneOnline on Monday, Ondo State Attorney-General and Commissioner for Justice, Mr Kola Olawoye, said the legal framework for the security outfit would soon be ready.

He said that the six justice commissioners of the region recently met in Ibadan and discussed on the mandate given to them by the governors to draft a legal framework for the establishment of Amotekun.

“We have asked our directors in the justice ministries across the six states to work on the draft.

“It would then be forwarded to three state Attorney Generals to perfect. The three attorney generals and justice commissioners of Lagos, Ekiti and Ogun states would draft the legal framework.

“They are to report back to us (the six attorneys-general) on February 6, where we will fine-tune the draft and thereafter present it to our individual principals in the states,” he said.

Olawoye added that the draft would be sent to each state of the house of assembly, while he assured that the Ondo State House of Assembly would not waste time in passing the bill.

Attempts to speak with the Speaker, Ondo State House of Assembly, Honourable Bamidele Oleyelogun, were not successful, as he was not in the office and refused to speak on the development

“I can’t speak on this on phone and more so, we are on recess and cannot comment on an issue like this while on recess. Thank you,” he responded.

Also, chairman, House Committee on Information, Honourable Gbenga Omole, declined comment on the development, saying: “I am in a meeting and can’t talk on that now.”

Speaker, Ekiti State House of Assembly, Honourable Funminiyi Afuye, however, assured that the bill being prepared on Amotekun would be considered by the assembly in record time.

Afuye, who spoke to the TribuneOnline in Ado-Ekiti on Monday, noted that the office of the state Attorney-General was working on the bill, adding that the house was expecting the transmission to the assembly.

According to him, “the Attorneys-General of our states are meeting to draft the law for onward transmission to us in the House of Assembly. I can assure you that it is going to be expeditiously passed because we are fully prepared to receive the bill.”

Speaking on the proposed bill, Ekiti State Attorney-General and Commissioner for Justice, Mr Wale Fapohunda, said his colleagues from Ogun and Lagos would be meeting on Thursday to ratify the draft of the bill, adding that he would submit the proposals from Ekiti to the meeting.

Giving insight on the proposed bill, he said, “primary organisational goal of Amotekun must be to work cooperatively with individual citizens, communities, public and private organisations, formal and informal security agencies to identify and resolve security issues which potentially affect the livability of communities.

“There must be anti-corruption provisions in the law. The proposed law must have citizens complaints provisions, including a framework for an independent ombudsman with strong authority to receive complaints from the public on matters of corruption and abuse of power.”

Speaker of the Ogun State House of Assembly, Honourable Olakunle Oluomo, said the assembly would amend the So-Safe Corps Bill to pave way for the operations of Amotekun.

TribuneOnline recalled that eighth assembly of the house had passed the State Community Social Orientation and Safety Corps (So-Safe Corps) Agency Bill into law, as a way of combating crimes and criminality in all parts of the state.

He said the house would only amend one or two areas in the already existing bill.

“There is nothing like Amotekun Bill as far as Ogun State is concerned. The Ogun State House of Assembly, in the last legislative session, had passed into law the So-Safe Corps Agency Bill which addressed all issues bothering on criminal activities in the state. All we need to do is to amend it,” the speaker added.

In his contribution, speaker of Osun State House of Assembly, Honourable Timothy Owoeye, said the harmonised bill on Amotekun would be given an accelerated hearing by the state legislature.

Speaking to TribuneOnline through his chief press secretary, Mr Kunle Alabi, the speaker said “during the last meeting held by commissioners for justice in all the South-West states in Ibadan, they concluded that the harmonised bill will be ready before the end of March.

“We are waiting anxiously to receive the harmonised bill on Amotekun. As soon as we receive the bill, we will give it speedy hearing and passage. The bill is the legal backing needed to solidify the security outfit.”

A member of the Lagos State House of Assembly said the speaker was yet to disclose anything on the bill, adding that the house had been on official recess and would resume on March 2.

Another lawmaker, speaking on the issue, said he would not rule out the possibility of suspending the recess if the occasion demanded.

Speaker of the Oyo State House of Assembly, Adebo Ogundoyin, said the state assembly was on the marks and ready to treat the bill as soon as it was received.

The Peoples Democratic Party (PDP) has, therefore, tasked the governors of the South-West states to take the security outfit to the next level.

A statement by the zonal publicity secretary of the party, Ayo Fadaka, urged the governors to expedite action by recruiting and deploying personnel for the outfit.

The party also lamented the inability of President Muhammadu Buhari government to curtail the growing insecurity in the country.

The Development Agenda for Western Nigeria (DAWN) commission has also said the attorneys-general of the region were working on the bill.

In a text message to the TribuneOnline, Director-General, DAWN Commission, Mr Seye Oyeleye, said the attorneys- general were already working round the clock to give the security outfit a legal backing.

Meanwhile, an insight was, on Monday, provided into the proposed laws for Operation Amotekun.

A senior lawyer being consulted by Attorneys-General of some of the south-western states told the TribuneOnline that all the six states would enact a similar law for the initiative.

The source said many areas of collaboration were being worked out to ensure the smooth operation of the security project, without violating any existing laws.

According to him, a major highlight of the coming law was the empowerment of personnel of the security outfit to arrest suspects fleeing from one state to the other within the region.

According to him, “there are going to be areas of collaboration when the laws are ready, though the individual laws would end up being very similar. The laws would be made in a way that if anyone commits a crime in Ekiti State and run to Osun State, the Amotekun officials in Osun would be empowered by the laws to arrest such.

“Those tagging it a regional thing aren’t correct. It is a collaboration which is lawful under the constitution,” he said.

When asked the extent of his involvement, the senior lawyer disclosed that at least two of the attorneys-general had consulted with him, while another was also available for his opinion at an event.

The six states involved in the Amotekun project have been encouraged to adopt the Lagos State Neighbourhood Watch Act, with modifications to fit the current effort.

When contacted by the TribuneOnline on Monday night, a human rights lawyer, Femi Falana, said the constitutionality of the project was not in doubt, considering that the South-West is recognised by the Federal Character Commission as a zone.

Also, Lagos-based human rights lawyer, Ebun­Olu Adegboruwa, said it was the duty of state houses of assembly to enact laws creating Amotekun in their states, adding that there must also be harmonisation of guidelines of operations.

Adegboruwa, speaking to the TribuneOnline, said “the laws should be uniform in content but peculiar to each state.

“However, the heads of Amotekun for each state should have regular and operational dialogues and conferences for the purposes of networking and mutual cooperation.

“We have now gotten to the stage in Nigeria when people should own security and not make it a government affair or business because it affects all of us,” he said.

Adegboruwa stressed that “Section 215 (1) and (2) of the 1999 Constitution only deals with the name of the police force but does not stop any state from establishing own security outfit, so long as it doesn’t bear the same name as the Nigeria Police Force.”

He added that it was the provision used by Lagos and Kano states to set up their community security outfits.

“This is what enabled Lagos State to set up Neighbourhood Security Watch and the same with Kano when it set up Hisbah,” he said.