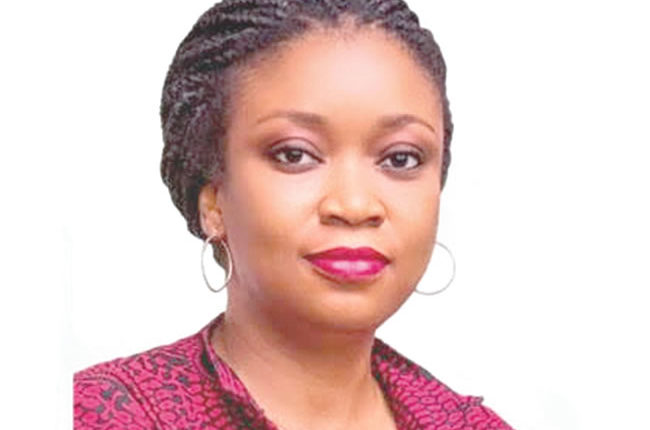 In the heat of the recent hike in electricity price by the Nigerian government and the resultant nation-wide protests by labour organisations, an innovative and entrepreneurial female Nigerian, Ifeoma Malo, has been honoured for her far-reaching work in the Nigerian and African power sector.

Malo, a Desmond Tutu fellow and an African Leadership Forum fellow, this past August, added to her other awards the 2020 Power Industry Leader Award, which is considered the largest industry award in sub-Saharan Africa, organised by ESI Africa, PowerGen, and the African Power and Energy Elites Publication, that have been organising the award since 2016.

A University of Ibadan, Harvard Law School and University of Massachusetts graduate, Malo’s shift from law practice to the power industry was not accidental. As a former special assistant to the minister of finance and later a former technical adviser of the former minister of power, Professor Chinedu Nebo, between 2013 – 2015, she some time ago, in a Saturday Tribune interview, said her concerted effort to remain in the power and energy industry was because she saw some potential in the emerging Nigeria’s power sector, even as a catalyst, for the country’s development.

After her brief engagement in the ministry of power, she co-founded Clean Technology Hub, an organisation whose core work is in building ideas, companies and projects that advance sustainable energy access, while addressing climate change in Africa. Malo, who is the current Campaign Director of Power for All (Nigeria), is a policy prodder who has worked in private and public sectors in the United States of America (USA) around global policy issues.

All this work got her nominated for the award last year and—after six month, on January 2020—she was among the eight-person finalists for the award, which is dedicated to celebrating industry players across the globe who are working on the African continent in the areas of power, utilities and water.

These phenomenal achievements made Wiebe Boer, CEO of All-On Nigeria, to regard this award to Malo as an honour truly deserved. “I want to say special congratulations to my good friend and sister, Ify Malo, for this amazing recognition, which you completely deserve,” Boer said.

Though Malo studied, lived and worked in the USA for many years (while in the USA, she worked as an associate at the Boston public health commission and also as an adjunct professor at the University of Massachusetts, Boston.), her root is in Nigeria, where she frequently experiences electricity ‘blackout’ as a result of regular power failure, bad electricity policies and corruption in government. In the same Saturday Tribune interview, Malo, who once played a senior advisory role with the Chairman of the Nigerian Electricity Regulatory Commission, lamented that despite the privatisation of Nigeria’s electricity infrastructures and the billions of dollars injected into them, there is seemingly a monopoly in its operations which still yields mediocrity.

In her expert opinion, when asked how long it would take Nigeria to achieve a 24-hour power supply, she noted that Nigeria’s power sector is way too complex to give a definite time line for ensuring a 24-hour power supply. However, she was optimistic that, with “greater synergy and partnership among electricity transmission, generation and distribution sub-sectors,” much progress could be made.

Perhaps, one of the things that shaped Malo’s stance on life, leadership, entrepreneurship and innovation was her studentship in the USA. She once said that, while in Harvard University, she was challenged and learnt first-hand about power dynamics, about this competitive world and that the only limit she has is those she sees for herself.

“My experience leaving Nigeria to abroad was also a prodigious one,” she said, “as it gave me new insights into the world beyond Nigeria, made me independent and instilled in me a resilient spirit.”

Years later, after Ifeoma Malo returned from the USA and worked in the power sector, she was convinced that the public sector alone cannot solve Nigeria’s mammoth energy problems. “Starting Clean Technology Hub came as a result of my frustration in meeting several brilliant young people with amazing energy access ideas that they couldn’t purse or nurture because of lack of support or structure,” she said.

In her recent interview in African Power and Energy Elite Publication—after she made the eight-person nominee list—while reacting to the question ‘What do you believe in that others don’t?’, her answer embodied her leadership prowess and her belief in women innovativeness.

For eight years now, she has been championing the need to bring women into all levels of decision making in the power sector. While many people in her industry believe that men are better qualified and equipped for the jobs, she believes otherwise.

“I deliberately hire women. Currently, 75 per cent of the team is female,” was part of her answer to the above question. “This intentional act was to turn around a myth that there weren’t qualified women or that there weren’t women considered to work in what we traditionally would say is a male-dominated sector.”

In another recent interview in Extractive360, after she was announced the winner of the award, Malo, who is a member of Extractive360 Advisory Board, admonished key players in the power industry that it important for stakeholders, CSOs, individuals and the African community at large to pull their weight and work towards creating a sustainable and inclusive impact around energy access that would not only benefit the continent, but the world at large.

Furthermore, while underscoring the need to end energy poverty in Africa, she admitted that, “A lot of work needs to be done, especially in achieving the vision for universal energy access and rural electrification across Africa.”

In recent years, Malo’s work or interest has been, among other things, in the areas of renewable energy solutions and mini-grid power generation. In a recent Pees Reporters article she co-authored with her female colleague, Chisom Okoye, titled ‘Building sustainability and resilience in Nigeria’s off-grid energy sector’, she and Okoye identified three major problems besieging the country’s electricity sector, which are: aging power assets, huge supply deficit, and lack of adequately trained professionals and technically skilled manpower in generation, transmission and distribution.

In the article, they argued that for Nigeria’s renewable energy sector to be sustainable, there is need for coalition of stakeholders to begin to build resilience into the plans and projects targeted at the off-grid sector. “This is important as the country has launched an aggressive mini-grid strategy with plans to deploy 10,000 mini-grids by 2023,” they noted.

Reacting to the award and how she was nominated for it, she confessed that she did not have any idea who nominated her for the award, but she was happy that she was nominated and was also privileged to be in the same category with the other seven nominees, which included her sister and friend Kristina Skeirka, the global CEO of Power for All.

“I was totally honoured and yes, happy at the same time to have been selected,” she said. “I must say that this award is itself as much as a win for me as it is for everyone doing their bit to end energy poverty and to ensure that electricity on the continent does not remain a benefit of the privileged few, but that this technology is used to transform lives and communities across the continent.”

For Ifeoma Malo, who once said she barely recognises challenges, but rather sees opportunities to change things that appear as barriers, believes that knowledge and knowledge sharing should be democratic. “There’s something to learn from everyone,” she said, which helps in “predicting the future.”

On the other hand, with the current power output of Nigeria pegged almost at 5 – 6 hours a day, her constant worry is whether her children would ever live in a country or continent that has over 20 hours of electricity in a day. But, as an innovative power industry leader, she has always expressed hope that with Nigeria’s mini-grid sector—which did not exist two years ago and which she is currently championing—the future of the country’s power sector is bright.