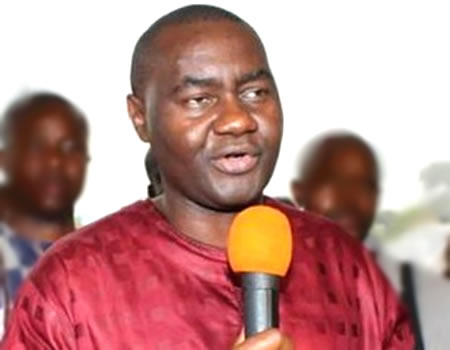 Senator Magnus Abe has challenged the Minister of Transportation, Mr Rotimi Amaechi, to swallow his pride and take responsibility for the crisis that has plagued the All Progressives Congress (APC) in Rivers State.

Abe, who represents Rivers South-East Senatorial District in the National Assembly, threw the challenge at the former governor of the state in a statement issued on Saturday by his spokesman, Parry Saroh Benson.

Describing the series of negative comments against him over the crisis in the party as insulting and childish, Abe said: “rather than face the reality on the ground, the minister is busy staging needless battles against everybody he suspects, including the INEC, National Chairman.”

He also absolved both the state governor, Chief Nyesom Wike and INEC of any complicity in the crisis in the party in the state, as reportedly alleged by Amaechi, noting that the former governor was only deviating from the crux of the matter.

“It is unfortunate that the Honourable Minister of Transportation, Rotimi Amaechi, rather than acknowledge his actions which have dragged APC in Rivers State to the edge, has continued to stage an unnecessary personal battle against everybody and he has simply refused to look in the mirror and acknowledge that it is his own actions as a leader that has dragged the party to where it is.

“It is not the INEC Chairman, not Nyesom Wike, it is not myself but the actions of the APC leader in Rivers, Chibuike Rotimi Amaechi, that has dragged the party to where it is,” he said.

He explained that when the party had its congresses, members paid for forms, but alleged that the minister decreed that they were no longer members of the party and should not be allowed to take part in the congresses.

“Amaechi gave that order. The aggrieved party members rushed to the courts. The people brought guns to the courts and violently tried to stop the courts from adjudicating in the matter. That attack on the courts is the foundation of his problem with the judiciary. It has nothing to do with me, Wike or the INEC chairman.

“As a leader, he could have made some compromises to resolve the matter, but the choice to fight to finish was that of Rotimi Amaechi.

“I feel insulted when Amaechi says Nyesom Wike is using me. With all due respect to the governor of Rivers State, he is not in any way my superior. He is my junior at the Bar and in politics.

“I have tried as much as possible for us to keep our dirty linen inside. Amaechi should not open his mouth again and say Wike is using me. Amaechi could not use me as a governor, against my principles and my beliefs, so how can Wike in a different party use me,?” he asked.

Abe asked that the Court of Appeal should quickly deliver its judgment on the APC crisis in the state, noting that “it is an important point of law that we are canvassing for the benefit of all Nigerians, not just of those who are party members.

“Nigerians should ask who is working for Wike, it is the problem Amaechi foisted on APC that Wike is benefiting from, his political blunders have made him Wike’s greatest benefactor”.

“Today he is telling people he did not want Wike to be governor because he is from Ikwerre. But after Wike became governor, he still went ahead to nominate himself as the minister. Why didn’t he stop himself since Wike is from Ikwerre?

“Rivers people are not fools. God is powerful and remained powerful. The only chance left to put APC on the ballot is for the court to accept the direct primary that was supervised by the state party executive,” Abe said.