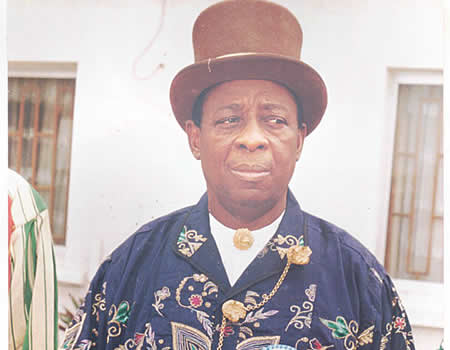 Foremost private sector tourism industry practitioner, Chief Mike Amachree, has said his private Museum of African History and Culture in Port Harcourt, Rivers State  will unveil a section of the museum dedicated to trail-blazing women that have made meaningful contributions to the political, social  and economic development of Nigeria. This will take place after the current COVID-19 pandemic.

He said this was part of his museum’s effort to not only immortalise these women but also make sure their contributions to Nigerian society are continually captured for posterity.

Amachree said “Women play a major role in societal advancement and development. Throughout Nigerian history, from the past to the present, women have played very important roles.

“In our museum, we are dedicating a section to capture the contributions of these great women to Nigerian, indeed African history and civilisation.  We will display their photographs and a brief history and achievements.

Queen Amina was a Hausa warrior queen of the ancient city of Zaria (Zazzau) in Kaduna State. She ruled in the mid-sixteenth century.  She was the first female monarch in a male dominated Hausa society.  She was a skilled warrior that expanded her kingdom. She was said not have steady husband but took temporary husbands from the soldiers she defeated.

Moremi Ajasoro was a member by marriage to the royal family of Ooni Oduduwa, the progenitor of the Yoruba race.  It was at a time a neighbouring tribe called Igbo was always invading Ile-Ife dressed in raffia palms. The Igbo people were enslaving the Yorubas. Moremi Ajasoro had to offer anything she had as sacrifice to the gods to discover the strength of her nation’s enemies.

She was taken as a slave by the Igbo and, due to her beauty; she got married to their ruler as his queen. After a while there she had known every secret about her new husband’s army, she then escaped to Ile-Ife and revealed this to Ooni Oduduwa after which they were able to subsequently defeat the Igbos in battle.

Queen Idia was the mother of Oba Esigie, the Oba of Benin who ruled from 1504 to 1550. She played a very significant role in the rise and reign of her son, being described as a great warrior who fought relentlessly before and during her son’s reign as the king of the Benin kingdom.

Madam Efunroye Tinubu was a shrewd and ambitious Nigerian business woman with enormous economic  and political power across Western Africa and in Abeokuta and Lagos. She was born around 1805 in the Yoruba town of Abeokuta in Western Nigeria.

She was an ambitious business tycoon popular in Western Africa and a powerful political voice in Western Nigeria. Madam Tinubu was born in the early 1800’s in Abeokuta where she married her first husband with whom she had two sons. After the death of her first husband she remarried Adele, an exiled king of Lagos in 1833. This paved way for her to acquire economic and political power. She moved to Badagry where she fully utilized her husband’s connections to build a successful business empire trading salt and tobacco from the Europeans in exchange for slaves from Abeokuta.

“Chief Margaret Ekpo was a Nigerian women’s rights activist and social mobilizer who was a pioneering female politician in the country’s First Republic and a leading member of a class of traditional Nigerian women activists. She rallied women beyond notions of ethnic solidarity.

“Madam Nwanyereuwa was the catalyst that led to the famous Aba Women’s Riots of 1929. She was from a community called Oloko, now in Abia State. The warrant chief, Okugo, had sent his representative Mark Emereuwa on 18 November 1929, to conduct the census for the tax. The altercations between her and the warrant chief’s representative snowballed into the Aba Women’s Riot of 1929.

“Chief Funmilayo Ransome-Kuti was a Nigerian educator, political campaigner and women’s rights activist. She was imprisoned in 1947 for protesting against unfair treatment of women.  She and her followers also led the charge to remove a corrupt local leader. She was also the first Nigerian woman to drive a car. Funmilayo Ransome-Kuti was the mother of Afro-beat legend, Fela Anikulapo-Kuti.

“Hajia Gambo Sawaba was a Nigerian women’s rights activist, politician and philanthropist. She served as the deputy chairman of Great Nigeria People’s Party (GNPP) and was elected leader of the national women’s wing of Northern Element Progressive Union (NEPU).

“Chief Amachree, who has travelled round the 36 states of Nigeria for tourism research, said more women will be added as time goes on.”