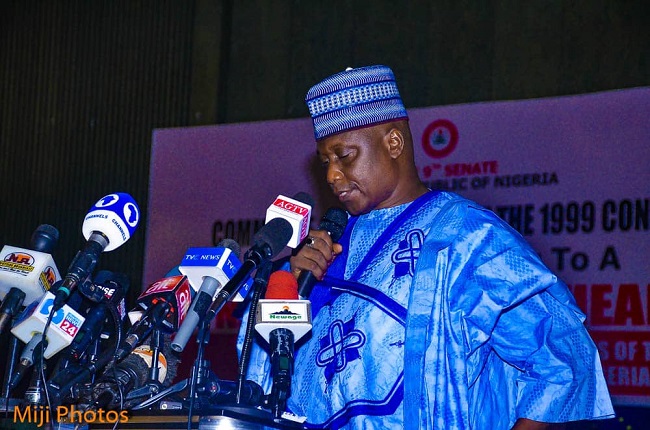 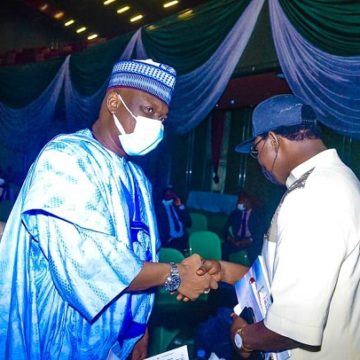 Chairman of the Conference of Speakers of State Legislatures of Nigeria, Abubakar Y Suleiman has said that the country’s new realities that bother on security, economy, power devolution and others can only be effectively addressed for good governance and development by altering the 1999 Constitution.

According to him, in any democratic setting, the process of amending the constitution is always very enormous and difficult especially in a country like Nigeria with diverse religions, ethnicity, socio-political differences and different yearnings and aspirations of the people, advising that these differences should not be allowed to derail the exercise.

Abubakar Suleiman said that “We call on the Senate and indeed the National Assembly to be steadfast, committed, dedicated, and above all set our differences aside with a view to having a constitution that can stand the test of time.”

He added that “At the state level, we are equally aware of our constitutional role in the process of the review and we are poised to discharge our responsibilities in line with the yearnings and aspirations of the people.”

The Speaker added that “Beyond our traditional role of ratifying the resolutions of the National Assembly on the Constitution Review, the State Houses of Assembly under the platform of the Conference of Speakers of State Legislatures of Nigeria submitted a Memorandum to both the Committees of the Senate and House of Representatives on Constitution Reviews.

“The issues raised in the Memorandum, if considered and passed will strengthen our institutions and ensure good governance,” the Speaker explained.

The Chairman called on the National Assembly to endeavour to carry along, major stakeholders like Presidency in the Federal Executive Arm and the Executive Governors at the state level in the ongoing amendment exercise.
.
He said that the Conference of Speakers is particular about the executive arms at both tiers of government due to the previous reluctance consideration for Presidential Assent by the Presidency and difficulty being encountered at the state level for effective implementation of financial autonomy for both State Legislature and Judiciary as contained in a statement by Abdul Ahmad Burra, Spokesperson to the Speaker, Bauchi State House of Assembly.

Kudirat Abiola @25: Groups call for end to killings, kidnappings, others