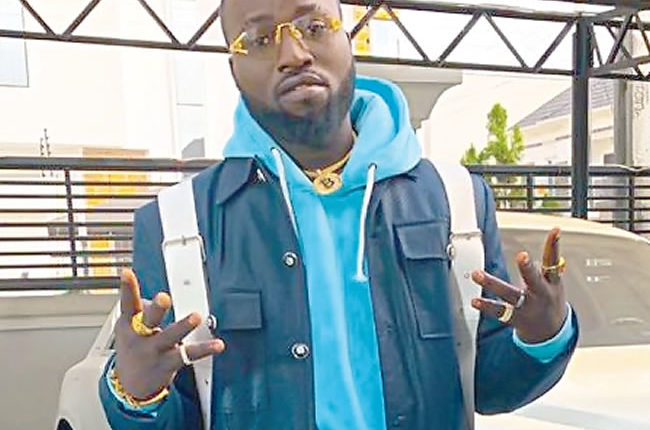 Aloma Music Worldwide (AMW) has unveiled a new music act as the label continues to showcase why it’s the perfect platform for up-and-coming entertainers.

Following his discovery by superstar singer Davido and subsequent appointment as personal assistant (PA), Aloma wasted no time in proving his mettle by churning out some hit singles before crowning them with an EP, titled after himself.

With a fast-rising music career and the influence of his award-winning boss, the singer born Idris Busari established his own label as an imprint of Davido Music  Worldwide (DMW), drawing praise from some circles in the industry for displaying an uncommon flair for the music business.

The competitive nature of the music industry is one that has been acknowledged by many music practitioners and Aloma hasn’t hidden his desire on giving aspiring artistes a strong start in entertainment space just as he enjoyed from Davido.

With Lil Frosh already on the Aloma label and drawing applause from fans and critics alike for his apparent talent, it appears AMW has got its hands on another raw music hotshot.

During the week, AMW CEO, Aloma announced the signing of a Balogun Adewale, otherwise known as Dasting Rozay, to his record label and tipped him to go on and achieve musical greatness.

“It is with pleasure that I welcome Dasting Rozay to the Aloma family. We did our homework on him and he’s a gem waiting to be unveiled. He’s bringing something new to the table, the industry isn’t ready for what he’s about to reel out,” Aloma enthused.

Aloma has attracted praise from music enthusiasts for following the footsteps of his boss in committing to help young artistes find their feet in the dynamic industry even as his own musical career seems to rise with every music project.