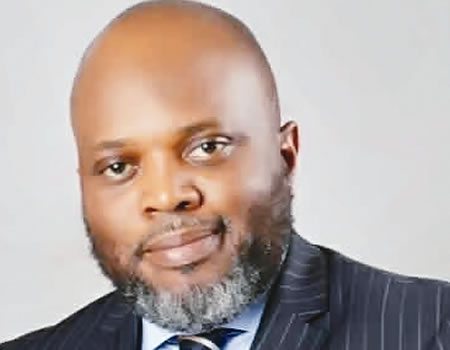 “It is in fact, a fraudulent policy and it is good that they are trying to reverse that although I know that they will come under pressure.”

Fasua, an economist and Presidential candidate of Abundant Nigeria Renewal Party in the 2019 general elections said CBN ought to have implemented the policy a long time ago.

“Why they registered so many BDCs in the first place is a major issue because we have more than 7,000 of them and that is a world record because, in the whole of UK, there were only 145 as at last time I checked.

“In the US, you can only access BDCs if you go to the international airport.

“A place like New York that is a tourist centre, had 40 BDCs the last time I checked.

“So what are we doing with 7,000 or 8,000 BDCs that everybody has one in their briefcase?”
Fasua predicted that naira is likely to fall a bit in the open market but it is a much-needed correction and things may stabilize later.

“Of course, it will help us to boost our foreign exchange reserve because if they were given $20,000 per week to 6,000 BDCs that is about $120 million which the guys say they use, essentially their job is to finance travel.

“How many people are travelling out of Nigeria these days?” he wondered

He advised banks to step up to the occasion “although the banks have also been frustrating people because it is we Nigerians that frustrate ourselves.”

He accused banks also of not being entirely honest in their management of forex saying “they will be tossing you up and down for, you go to banks they will be demanding all sorts because they are not ready to give it out.

Why Mixing Toilet Cleaner With Bleach May Cause Death

Few weeks ago, Eniola Oyemolade, a journalist, decided to get creative while cleaning, by mixing a toilet cleaner and a bleach together. She did this with the thought that if one product works, mixing it with another would make it even better.Allocating forex to BDCs was fraudulent ― Fasua