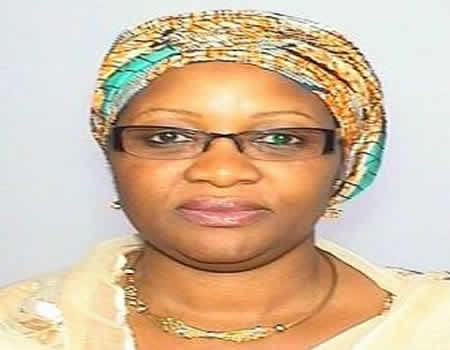 Share
Mrs. Nenadi Usman, a former Junior Minister of State for Finance, on Wednesday, asked a Federal High Court in Lagos to grant her permission to travel abroad for treatment of her breast cancer.
Mrs. Usman’s counsel, Abiodun Owonikoko, told Justice Muslim Hassan to release the defendant’s travel documents to enable her go for medical check-up.
Usman is facing a 17-count charge bordering on conspiracy, stealing, and fraud alongside Femi Fani-Kayode, a former aviation minister; Danjuma Mohammed; and Jointrust Dimensions Nigeria Limited amounting to over N38 billion.
At Wednesday’s proceedings, Fani Kayode’s application asking Justice Hassan to withdraw from the N4.9bn fraud case was opposed by the Economic and Financial Crimes Commission (EFCC).
In the said application, Fani-Kayode asked Hassan to withdraw himself from the fraud charge filed against him on the grounds that the judge is biased against him.
Fani-Kayode in the said application, stated that since the judge was a former prosecutor with the EFCC, he would not get justice from him.
But in a counter affidavit filed in opposition to the application by the commission, admitted that the trial judge was their former prosecutor but has nothing to do with previous trial of Fani-Kayode.
The commission averred that Justice Hassan was never a member of the team of investigation  and prosecutors that handled the previous charge against the accused.
EFCC insisted that Justice Hassan in the current trial of the accused before him, has not demonstrated any likelihood of  bias against Fani Kayode.
Adding that upon arraignment of the accused before the court, he was granted bail notwithstanding stiff opposition by the prosecution
Besides, the commission stated that contrary to the submission of Fani-Kayode that the alleged offence occurred in Abuja, they also averred that the offences were not only allegedly committed in Abuja but in Lagos as well.
The commission further averred that the bank used in committing the offence has its headquarters in Lagos.
Fani-Kayode is being prosecuted alongside a former Minister of State for Finance, Senator Nenadi Usman, Danjuma Yusuf and a company, Joint Trust Dimensions Nigeria Limited.
breastcancerNenadiUsman
Share FacebookTwitterGoogle+ReddItWhatsAppPinterestEmail

Be aware of family history to prevent cancer― BRECAN