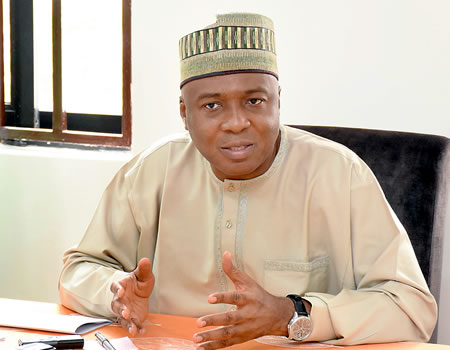 THE Senate has threatened to publish names of importers and banks found culpable in ongoing investigation into over N30 trillion alleged foreign exchange frauds perpetrated between 2006 and 2017.

The chairman, Senate Committee on Customs, Senator Hope Uzodinma, made this known on the second day of meeting with representatives of all commercial banks, the Central Bank of Nigeria (CBN) and the Ministry of Finance on Thursday.

He said the committee had given documents containing names of importers allegedly involved in the act and other details to the commercial banks to study.

According him, as soon as the committee got reactions from the banks, it would proceed with further investigations on each of the importers.

“The Senate is worried with the state of our economy and we have decided to investigate the dwindling value of the naira, as well as the state of forex that is affecting the economy negatively.

“We will publish the names of importer and banks involved in this fraudulent act.

“The purpose of giving the banks these documents is for them to go and identify the importers that were their customers and work out ways of returning the un-utilised portion of the foreign exchange allocated to them.

“We have the names of the importers, how much was given to them and other details, which are contained in the documents handed over to the banks,’’ he said.

The lawmaker said the release of forex to fictitious importers had denied   genuine importers access to forex, causing economic hardship.

He stressed that “commercial banks were trusted and given dealer status, unfortunately we were not able to see the importation that was made with the forex released.

“We profiled utilisation of forex within the period and went further to establish that letters of credit for doing business were linked to companies abroad.

“We did not stop there, we also went to Customs and there was no evidence of import duty payment, payment of Value Added Tax (VAT) and other requirements.’’

The lawmaker said the committee had given the banks up to May 3, to appear before it after studying and making submissions on the documents given to them.

He said the reason they were given up to three weeks was to give ample time for them to adequately study the documents to avoid excuses.

He added that the three weeks deadline was also to give the managing directors of all the commercial banks the opportunity to be present at the meeting in view of its importance.

He warned that the committee would not accept representation from any of the banks, adding that the matter ought to be taken seriously by all concerned.

The chairman said the committee was working with the executive, security agents and other stakeholders in the investigation and should not be trivialised.

Uzodinma said the committee with the mandate given to it by the Senate would do everything to recover the money, block further leakages and ensure release of foreign exchange to genuine importers.

According to him, this would help tackle the problem of forex in the country and strengthen the naira.

He assured that the committee would work with relevant stakeholders to stop further infractions that would cost the country so much loss.

According to him, the money, when recovered, would go a long way in meeting some Federal Government’s financial obligations.

He also said the Governor of the CBN, Godwin Emefiele, was expected to appear before the committee on May 3.

el-Rufai to Dogara: NASS must subject itself to public scrutiny