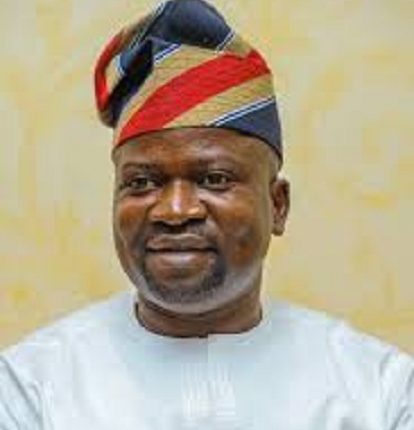 The Kogi State Commissioner of Finance, Budget, and Economic Planning, Asiwaju Asiru Idris has made clarification before the House of Assembly that the state never had any fixed account in Sterling Bank as being alleged by the Economic and Financial Crimes Commission (EFCC).

He made the clarification on Tuesday following the invitation of some State Government officials to brief the Assembly of issues surrounding the alleged N20b belonging to the state government, with the Finance Commissioner insisting for the umpteenth time that the State has no fixed Account in Sterling Bank.

The Commissioner, Accountant General, Alhaji Jubril Momoh, State Auditor General; Alhaji Yakubu Okala and other relevant staff from the Ministry of Finance and Office of the Accountant General and the General Manager of Sterling Bank were in the Assembly to provide clarification to the issue of N20billion which the EFCC purportedly froze initially through a court injunction and later in their own knowledge withdrew the same case.

Speaking to the Assembly Members, Asiwaju Idris said, “No fixed account was ever opened nor authorised by anyone, neither was there any N20billion kept anywhere. The facility in that sum collected from the bank via the approval of CBN 2019 has since been used for the purpose intended- Salary payment and other overheads”.

As a state, we are known for transparency, accountability, and efficiency in funds management as it has become a culture under Governor Yahaya Bello that can not be rubbish in the mud easily. As a Government, Governor Bello remains upright and our books are there to be checked.

“Kogi state is in the good books of the World Bank and other international partners for openness, transparency, and accountability, therefore, no amount of misinformation and mischievous assault can fault the records.”

The Finance Commissioner presented a comprehensive breakdown/report to the House about how the N20billion facility was spent added that the said report was submitted to the house for perusal.