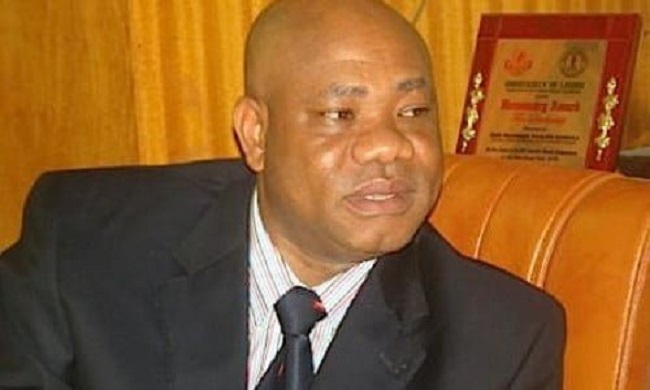 Justice Ayokunle Faji of a Federal High Court sitting in Lagos has ordered the embattled former National Insurance Health scheme boss, Dr Femi Thomas who is standing trial on the alleged fraud of N2.1bn fraud to enter his defence and testify first.

In his ruling on Tuesday, Justice Faji upheld the objection of the prosecuting counsel Ekele Iheanacho and ordered the Thomas to testify first.

The court noted that it is not just lawful but makes common sense for the defendant who will be in court while his other witnesses testify should testify first. According to the court, the defendant did not show what he will suffer if he testifies first.

And that it is even in the interest of the defendant to take his testimony first.

It will be recalled that on Thursday 14th Jan, at the resumed hearing of the trial, the former Executive Director of NHIS who is the 1st defendant sought to open his defence by calling a witness other than himself.

Iheanacho raised an objection to the order in which the defendant wanted to call his witnesses.

He argued that though by section 210 of the Evidence Act, 2011, the order in which witnesses are called lies within the discretion of the court. But that in criminal trial, the proper procedure where the defendant intends to give evidence and also call witnesses, he ought to state first. Counsel referred the court to the case of Igwede v Queen (1959) FSC 35.

He further argued that the rationale for this rule of practice is that whilst witnesses are normally kept out of court until they testify the accused has the right to be present throughout his trial, and therefore would otherwise have opportunity to adjust his evidence to accord with that of his witnesses.

In response counsel to the defendant Collins Ogbonna applied for time to enable him respond to the submission of the prosecutor as the objection came to him by surprise. After listening to the parties the trial Judge adjourned the case to 19th, January 2020, 5th, 11th and 12th February 2020.

Recall that prosecution have closed it case since the 5th of March 2020 but since then the defence has not commence.

Justice Faji fixed March 30 for Thomas to open his defense, but the nationwide lockdown due to the covid-19 pandemic resulted in new date been fixed.

Thomas, a two-term Commissioner for Health in Ekiti State, is standing trial alongside one Kabiru Sidi, a bureau de change operator.

The EFCC alleged that Thomas conspired with his wife, Funmi, to make a cash payment of $2.2m to one Mr. Ibitoye John Bamidele at their House – 20, Lagos University Teaching Hospital, Idi-Araba, Lagos.

Sidi was alleged to have lied to an EFCC investigator, Afeez Mustapha, that he was the owner of the $2.2m that Thomas and his wife transacted with.

The British Parliament at the Westminster Hall held a debate on ‘e-petition 554150, relating to Nigeria and the sanctions regime’ on Monday. The government of the United Kingdom has however responded…Alleged N2.1bn fraud  Alleged N2.1bn fraud

The surprise visit made on Friday night by the leaders of the ruling All Progressives Congress (APC) to former President Goodluck Jonathan at his residence in Abuja triggered a stir in the major political camps, resulting in at least four possible theories..Alleged N2.1bn fraud  Alleged N2.1bn fraud