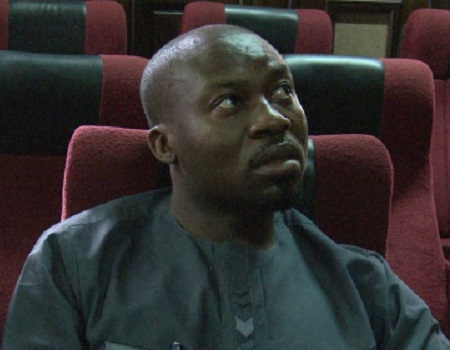 A prosecution witness, Emmem Kongko, in the ongoing trial of Nanle Miracle Dariye, son of former Plateau State Governor, Joshua Dariye, in the N1.5 billion money laundering charge filed against him on Tuesday told the Federal High Court in Abuja that Dariye’s son violated the money laundering (prohibition) Act, 2011 as amended by not registering Apartment le Paradis with the Special Control Unit against Money Laundering (SCUMOL) of the Economic and Financial Crimes Commission (EFCC).

The witness had, on Monday told the court that all Designated Non-Financial Institution (DNFI), which include Apartment le Paradis, a hotel which Dariye’s son is a director are mandated to register with SCUMOL, which the first defendant failed to do,

At the resumed trial yesterday, the witness told the court that a letter to the defendants from SCUMOL to ensure compliance was returned un-received, thus prompting the court action to enforce compliance.

The anti-graft agency arraigned the former governor ‘s son was arraigned on February 27, 2018, by EFCC alongside Apartment le Paradis.

While being led by the prosecution counsel, George Adebola, the first Prosecution Witness (PW1) told the court that the case of non-compliance with the Money Laundering Act by the defendants was assigned to her team in 2017.

The witness said a careful look at the bank statement of account of the second defendant, where the first defendant is a director showed financial transactions running into millions, which were not reported in line with Section 10 of the Money Laundering (Prohibition) Act , which mandates all Designated Non-Financial Institution (DNFI) to report any financial transactions, exceeding N5 million or its equivalent for individuals and N10 million or its equivalent for corporate body to the EFCC within 30 days of the transaction.

The EFCC witness said the company’s banks statement of account showed transactions of about N551 million, N125 million and many other transactions in that range.

The trial Judge, Justice Ifeoma Ojukwu adjourned till today for the continuation of trial.

According to the anti-graft agency, Dariye’s son, the first defendant, sometime in 2013 failed to report a cash transaction to the tune of N1.5billion which he received through the hotel’s account in one of the old generation banks.

The amount is above the threshold of the N10million permissible by law. Additionally, the hotel was also not registered as DNFI.

The offence is in contravention of Section 5(1) (a) of the Money Laundering Prohibition Act, 2011 as amended and punishable under Section 5 (b) of the same Act.

The defendant, who led not guilty to the charge was admitted to bail in the sum of N5 million with two sureties in like sum.

I don’t have Obasanjo’s backing to run for presidency, says Duke