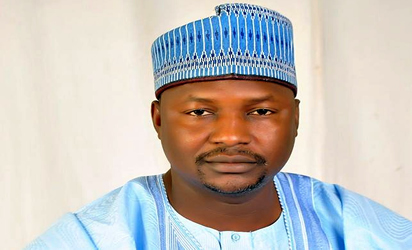 Minister of Justice and Attorney General of the Federation (AGF), Abubakar Malami on Tuesday, advised Lawmakers in the National Assembly to devote their time in passage of bills into law which would strengthen the institution of Government for the betterment of the Society rather than depreciating their energy on trivial issues.

Malami gave the advice yesterday when he appeared before the House Adhoc Committee investigating the $17 billion undeclared crude exported to global destinations.

According to Malami, it was very disheartening that the Executive arm of Government had since last year March sent an executive bill on crime proceeds bill to the National Assembly for passage into law which would assist in fighting the anti-corruption crusade but which noting had been done on the bill by the Lawmakers.

Malami who urged the National Assembly to expedite action on the passage of two bills critical to the fight against corruption, namely: Proceeds of Crime and Whistle Blower with dispatch stressed the need for synergy between the three arms of government.

In his presentation before the Committee, Malami, confirmed that there were nine ongoing cases filed in Abuja and Lagos against some Oil and Gas Companies including Chevron, Total, Agip, Adax Petroleum and Brass Oil Services Limited, aimed at ensuring strategic recovering of stolen hydrocarbon and liquified gas.

According to him, President Goodluck Jonathan via a letter dated 29th November 2013 through the AGF’s office approved the request by NIMASA to enter into agreement with a forensic firm, Molecular Power System Limited to execute the retainership agreement on the recovery of the stolen crude.

He however noted that Federal Government has not commenced the determination whether to institute criminal charges against the affected companies.

He disclosed that the TSA and whistle blower policies have helped in blocking leakages within the system, adding that “those laws that add sense and meaning should be treated with dispatch so as not to allow impunity to reign in the system.”

He maintained that the series of litigations and appeals filed by the OICs were responsible for the delay in the determination of the cases.

The AGF also urged the National Assembly to exercise its constitutional powers which have force of the law to compel any government officials to comply with its resolutions.

This came just as the committee directed Nigerian National Petroleum Corporation (NNPC) to provide details of all the multiple accounts operated before the introduction of Treasury Single Account (TSA).

According to the Committee, this was to enable it to ascertain and determine the actual amount accrued from the sale of crude oil and payments into Federation Account and level of compliance with extant financial regulations.

The Chairman of the Adhoc Committee Hon Abdulrazak Namdas, and members expressed their concerns over the 47,366,887 barrels differential in the documents submitted to it by NNPC, Department of Petroleum Resources (DPR), Nigeria Customs Service (NCS), NIMASA and Nigerian Navy on the crude oil lifted.

In his remarks, Hon Johnson Agbonayinman (PDP-Edo) who argued that the OICs can’t be prosecuted in isolation of the government agencies, urged the AGF to ensure that government officials found culpable should be brought to book.

In their respond to the questions raised by the Lawmakers, Mr Chris Akamairo, NNPC’s General Manager, Finance and Crude oil marketing division and Mr Roland Ewubare, Acting Chief Operating Officer (Upstream), affirmed that the Corporation operated multiple accounts and promised to provide details of the accounts to the committee at a later date.

The delegation which denied knowledge of the CBN Petroleum Profit Tax FIRS, noted that only FIRS could ascertain the amount accrued into the account.

The Commitee has adjourned sitting today for further hearing from other stakeholders.