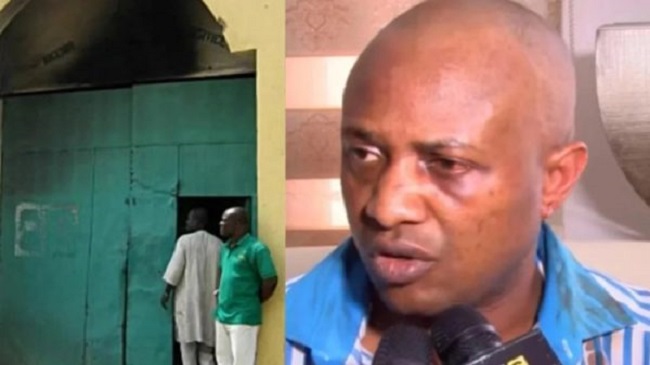 Chiemeka Arinze, one of the co-defendants in the alleged kidnap trial of Chukwudimeme Onwuamadike, alias Evans, has died in the custody of Correctional Services.

The News Agency of Nigeria (NAN) reports that Arinze was charged alongside, Evans, Joseph Emeka and Udeme Upong with the attempted kidnap of Chief Vincent Obianodo, the Chairman of the Young Shall Grow Motors

They were arraigned before Justice Oluwatoyin Taiwo of an Ikeja Special Offences Court.

They were also charged with murder, attempted murder, conspiracy to commit kidnapping, attempt to kidnap and sale and transfer of firearms.

According to his death certificate obtained by NAN on Monday, Arinze passed away at 9.08 p.m. on November 26 as a result of cardiopulmonary arrest.

The death certificate, which was issued by Ajeromi General Hospital, Ajegunle, and signed by Dr B.E Salisu, indicated that the man, who died at the age of 45, was also suffering from complicated advanced HIV.

According to officials of the correctional facilities who spoke under anonymity, Arinze, who was battling ill health, was rushed from the hospital of the Kirikiri Maximum Correctional Centre to a General Hospital on Friday where he died.

As of the time of the filing of this report, counsel to Arinze, Mr Ogedi Ogu, is in court for the hearing of the kidnapping case which was slated for Monday.

He disclosed to NAN that he intends to inform the court of Arinze’s demise and apply to withdraw from the case.

Osinbajo wants debt relief for Nigeria, others at WEF