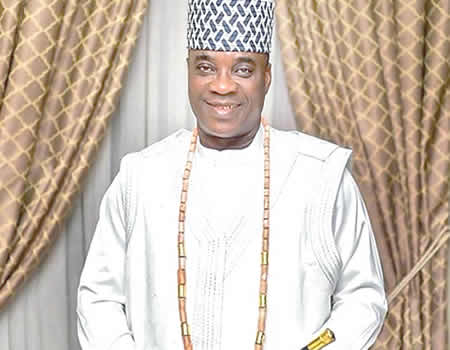 Ever since the rumour of an alleged romantic affair with one of the queens of the Alaafin of Oyo broke out, Fuji legend, Wasiu Olasunkanmi Ayinde, more popularly known as K1 De Ultimate has been the topic of discussion in the entertainment space. Seeing that an official statement he issued made little or no impact to assert his innocence, attempts were made by Sunday Tribune to reach out to the veteran musician but he stated that he would grant an interview in due time. Days back, K1 had an Instagram live session with Ovation magazine publisher, Dele Momodu, where he discussed his rise to stardom, his relationship with fellow Fuji musicians as well as the recent allegation. SEGUN ADEBAYO and KOLA MUHAMMED who monitored the session that generated about 4,000 live views bring excerpts.

How have you managed to update yourself such that you speak English fluently despite having an insignificant academic background?

Well, they say show me your friends and I will tell you who you are. Even if you didn’t pass through the four walls of a classroom, once you have good people who are well read around you, you will definitely come out like them. Their influence on you would be undeniably positive.

During the time of Obafemi Awolowo’s Unity Party of Nigeria (UPN), you were reported to be delivering items regularly to Awolowo’s house, what was your relationship with him?

Oh yes! I used to work at the party’s secretariat then under the office of director of organisation which was occupied by Chief Thompson then. I used to be one of the boys working at the office. I would deliver letters to Papa Awolowo, then collect the brochure already printed by Baba while returning from Ikenne and give him the new one. I would also deliver brochures to Chief Thompson. Those were some of the things I did at the early stage of my life.

How and when did you decide to go into music?

I have been into music since I was eight years old. I graduated when I had successfully mastered music across the different stages of training. I completed the whole training at age 15. Between ages eight and fifteen, I had done various stages of ajiwere ajisari on Lagos Island. I started with little Fuji lawa, I graduated from little Fuji lawa when I was nine years or so. By the time I was eleven, I was already in the intermediate category and I moved up to the senior category. I won laurels in the three categories. I started living on music professionally when I was fifteen and I have been doing so all my life till date.

When you graduated from music training at 15, who were the masters of the game at the time?

Many of them were categorised under the genre of ajiwere ajisari but the undoubtable icon of music was Alhaji [Sikiru Ayinde] Barrister. He was the face of transformation of the ajiwere ajisari. Anybody who did not venture into ajiwere ajisari was not given the regard of a Fuji musician then. We had many of them.

Can you recollect any of the Juju artistes of that period?

Juju artistes of that period are those we still talk about today. They are King Sunny Ade, Ebenezer Obey, Baba Ponle on Lagos Island, Baba Apola of Ibadan. I frequently went to TYC studio owned by Baba Abioro thinking I would be lucky to have my voice on a record but I couldn’t get that. I was well known at the TYC office for always singing from morning till evening. I met many people there, including Chief Ogundele who was the human resource manager at TYC then.

There are divided opinions on whether you are from Lagos or Ijebu, can you clarify?

I’m both Lagos and Ijebu. My parents were born and raised in Ijebu. My dad is from the Fidipote ruling house in Ijebu-Ode while my mother was born in Ijebu but her parents hailed from Ilupeju-Ekiti. I went with my parents to Lagos where I grew up but we regularly visited Ijebu. Lagos has been everything about me.

You once sang ‘Baby mi, show colour re’ with Lagbaja, who else have you collaborated with?

I am proud to be an innovator who can sing across genres. I collaborated with Blackie on ‘Omo Naija e ronu’ and Olamide on ‘Anifowose’.

How is your relationship with your colleagues in the Fuji music industry, Obesere for instance?

Why is it that Obesere is always the one singled out among several others? Ayuba is there, Pasuma, Saheed Osupa, Kolade Onanuga and many others are there. For how long shall we continue to bastardise our social entertainment with these assumed rifts and disagreements?

So what is the way forward?

If we really desire advancement and progress in life, we need to change. I don’t appreciate being asked the same question for the past ten years. Anyway, I have no problems whatsoever with Obesere.

Many music critics believe that 1989 was a turning year for Yoruba music as it became the rave in Nigeria. What’s your perspective of that year?

A lot of development came up, especially from the young artistes then. Shina Peters was the newest discovery of Juju music in 1989. He brought in sensational improvement in the area of music entertainment, no doubt about that. That period was also when many of us started to grow in stature, music wise.

Are any of your children into music?

HoneyB does R&B and Fuji pop. Then, Musty my son does jazz, and he is very good with the saxophone. In 2014, I went on a tour with him in the United States. We were on the stage together performing live. He also performed on stage at the K1 Unusual. So, I have two or three of them who are into music.

An allegation broke out on the social social media recently that you had an affair with one of the Alaafin’s wives, can you clear the air on that?

When I’m not cursed, why would I decide to engage in such a despicable act? Someone somewhere just decided to fabricate a story out of hatred. It can never be possible. I didn’t have the grace of meeting any of the queens of Baba Alaafin, not until I was installed as the Mayegun of Yorubaland that I saw the oloris and when I met with Baba Alaafin at events where I must honour him alongside his oloris.

Whatdo you think is responsible for this?