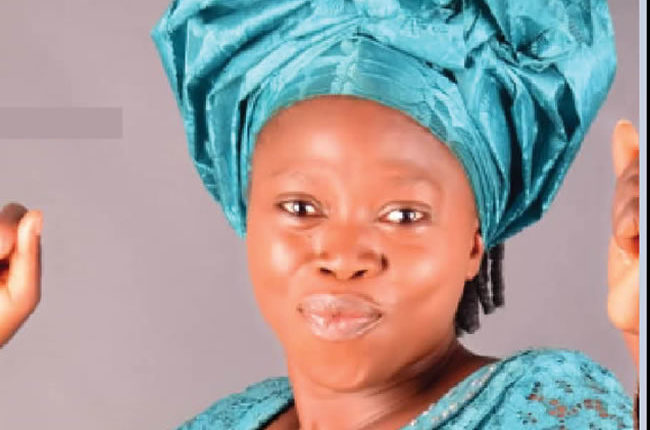 Fast-rising gospel minister, Victoria Oyedele is excited about the success of her debut album, entitled, “God’s Supremacy”, saying the album was released to draw people closer to God.

Oyedele noted that though she had some difficulty during the music production, the new work ended in glory as God was involved in all aspects of the album release.

According to her, “God gave me the vision and the enablement to release the album. The experience was very interesting and challenging as well. My joy is that it eventually became a success and currently achieving its purpose as a wake-up call for all and sundry to reference God. This work is a fulfillment of God’s call.

“The album is all about the supremacy of God, detailing that no one can be compared with Him. He is incomparable. He that made the heaven and the earth; He created all creatures. I got the inspiration from God to inform people to come back to Him in order to experience total restoration,” She explianed.

Oyedele, who noted that the new album has four tracks including, Oba Ti Ko Lafiwe, Iyin Loye o, and Oluso Aguntan, advised Christians to live a Christ-like life, trust, have faith, and fear God so that the nation and the world would be peaceful for us to leave.