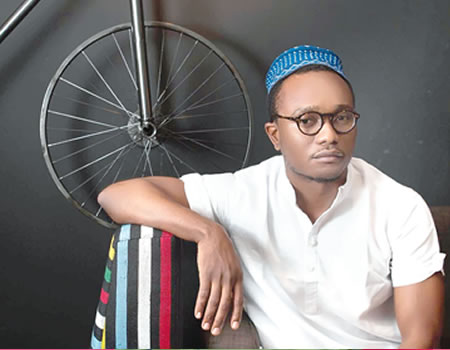 Quite a number of times has Brymo, an artiste who regals himself as Olawale Olofooro, claimed that he is Nigeria’s greatest musician and nothing can take that away from him. After releasing his seventh studio album some days back, the Lagos-born singer strengthened his argument to be accorded the respect given musical greats in the country.

When Brymo burst onto the musical scene in 2011 after a collaboration with Iceprince that produced hit song, ‘Oleku’, few had doubts about the talent of a rookie who appeared loaded with the talent to go and take the industry by storm.

When he dropped ‘Ara’ later that year, the little doubts that were left as to the prowess of the artiste born Olawale Ashimi were cleared as the song became the anthem of the moment. An album followed as Brymo continued to make case for his talent as the likes of Wizkid, Olamide, Davido and label mate, Iceprince, were all looking to establish themselves as the industry’s next generation of superstars which would succeed the likes of 2face, PSquare, Dbanj and Banky W.

A fallout with his record label, Chocolate City, happened in 2013 and Brymo left the music outfit amidst court cases and public spats. Perhaps expectedly, critics flayed him for quitting Chocolate City at a time he needed to build on his rising fame. They believed that this affected the commercial success of the album he released later in the year, ‘Merchants, Dealers and Slaves’.

The injunction filed by Chocolate City meant that no record label was ready to take on Brymo and the project he had in the pipeline. Also, critics have regularly argued that in terms of commercial success, Brymo never truly recovered from his decision to quit Chocolate City.

This has often left Brymo going solo on a tirade of recognition, with self-acclaims of success and greatness.

“I feel very little attention is being paid to content. A time will come in the nearest future where there will be a Nigerian who writes as well as Brymo, who sings as well as Asa, who does everything well.

“So, every opportunity I get to make people say ‘what is that?’. And currently, as it stands, there’s not been one Nigerian in history with my songwriting prowess or vocal dexterity or even stage presence,” Brymo had said in an interview.

With the release of ‘Yellow’, his seventh studio project, Brymo comes into the limelight again with what some are already labelling as yet his greatest album.

Across the 15 tracks that make up the album, Brymo displays the prowess of a coordinate bilingual, going all Yoruba on tracks such as ‘Afeedu fan’na’, ‘Adedotun’ and ‘Orun n mooru’ while going English, standard and broken, on the remaining tracks.

As expected, he does not fail to blow his trumpet as he metaphorically calls himself a wonder maker and a precocious boy who dines with elders in the opening track of the album.

The metaphor and allusion that characterise the album allude to the depth of content from the 33-year old artiste.

WFrom Ozymandias the DC comics hero, to Adedotun and Oyindamola, and Espirit de Corps, Brymo swathes his message with wit and metaphysical conceits.

A conspicuous absence from ‘Yellow’ is the Afropop trend which is commonly called ‘lamba’, the art of discussing girls, their bodies and sex on a fast-paced beat.

Stopping the spread of fear pandemic