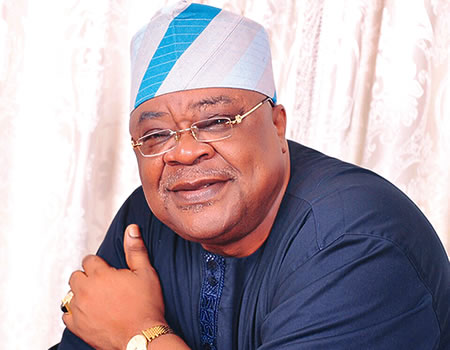 QUITE many are the histories of men who  fell into the quicksand of time. Time has faded them away from life’s records.  June 3, 1950 was a wonderful day: a baby was born to a family in a volitional world. Little Bayo started his elementary school at Ogbomosho. This was where the foundation of his life was laid as a well nurtured, disciplined and courageous little boy. Respect for humanity was deeply etched on the template of his heart by his parents. Thereafter, with the help of his uncle, he continued his education in Ghana, in Kamina Barracks Middle School, 5th Battalion of Infantry, Tamale. His uncle lived there. This was where his interest in the police force arose. The young Bayo with an understanding of volitional world slaked his thirst for deep knowledge from the several schools attended. All through his stay in school, he retained his love for reading and that became his hubby.

After Nigeria got independence, he graduated from the University of Ibadan, Nigeria’s Premier institution. He was posted to Lagos State for his National Youth Service Corps (NYSC) programme where he had his appellation changed to Corper Bayo. His benevolence and kindness were second to none. According to a Barrister Bankole, “I am one of those little boys who enjoyed  Dr. Christopher Adebayo Alao-Akala when he was just a corper. He loved where he came from very much and he never could trade it for anything. And you see, he would sacrifice anything for an Ogbomoso indigene. I remember that day as a new student of the Lagos State University— once we told him we were from Ogbomoso, he gave us his room key. We were shocked. What sort of man was this? But we didn’t know that was just a tip of the iceberg. He took the responsibility of buying food off our shoulders and we lived with him like we were with our parents. He is truly a figure worth emulating.”

Corper Bayo was a favorite of many, a young man whose popularity sounded like a thunderstorm. Whenever he was coming to Ogbomosho, the young ones knew they would enjoy themselves; he would buy them whatever they liked. Many of them would tell their parents “I’m going to brother Bayo” since there was always something for them. He would pet and urge them to make a difference. He has been a leader from birth.

This man of substance went through a lot of huddles. His generosity gave him a platform in the political sphere after his career in the Nigeria Police, where he won  many awards. His political career was outstanding: first he was a vibrant Ogbomosho North chairman under the platform of the APP in 1998. His unrelenting strides were felt in and outside of the local government. Alao-Akala’s achievements in the political sphere are legendary: he rose from being Ogbomosho North local government chairman with the help of the great Baba Adedibu, the one man of Ibadan who was interested in his honesty, and became deputy to the then Governor Rashidi Ladoja. His boss testified to the Son of Opadoyin being innocent before and after his impeachment from Agodi, Ibadan.

Life has its way of appreciating responsible men by catapulting them to the summit. Governor Ladoja was reinstated 11 months after the ascension of Alao-Akala. Thereafter,  he (Alao-Akala) contested and won election and became executive governor of Oyo State under the platform of the Peoples democratic Party (PDP) in May 2007.  Alao-Akala’s existence has been that of sacrifice. He began his political life as a grass-roots political gem; he never for once shunned the people. His path to the political pinnacle was controversial. He raised the flag of Ogbomosho and proved its relevance in Oyo State politics. In his days in office, not even a peasant was treated shabbily. Peace of mind then was common like air, the state’s economy was built on a firm platform. Husbands would return home from work with eyes filled with joy. Things were so smooth: no one would ever forget such dazzling days of this political genius.

Alao-Akala’s dexterity caught the attention of kings in Yoruba land. In 2009, he was installed as Bobagunwa of Ogbomosho by Oba Jimoh Oladunni Ajagungbade III. He also became Otun of the Source, Otunba of Akinmorin, Bobajiro of Owu Kingdom, Basorun Atunluto of Akure, Mayegun of Okeho, Akogun of Ilua, Aare Asoludero of Ibarapa, Agbaakin of Iseyin, Ariwajoye of Ede land, Atunluse of Ife Odan, Balogun of Igbojaye land, and Aare Kebimapalu of Oyo State. In the religious sphere, he made  a name. He  has maintained the benevolent path he carved for himself right from his youth, as a father to the fatherless, lending a helping hand to the helpless and giving hope to the hopeless. He has banished poverty from many lives. He is a leader who derives pleasure from making  leaders out  of others. He hoped for peace and won peace and freedom for his people. He deserves to be celebrated.  No doubt, he is an angel in disguise. Happy glorious birthday to the living icon.