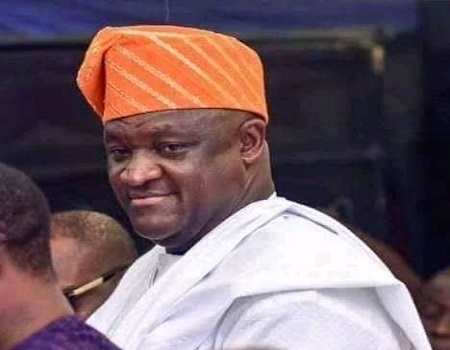 Former Oyo State governor and chieftain of All Progressives Congress (APC), Chief Adebayo Alao-Akala, has commiserated with the family of an Ibadan socialite and politician, Alhaji Yahaya Busari who died on Thursday night.

Alao- Akala in a condolence message, said Yahaya Busari was a gentleman who contributed in no small measure to the politics of Ibadan and Oyo State in general.

“My heart and thoughts go with his immediate and extended families. I pray Almighty Allah to forgive Yahaya his sins and grant him Aljannah Fridaous.

“May He also grant the families the fortitude to bear this irreparable loss.”

EDITORIAL: Defence Minister’s Lamentation
THE Minister of Defence, Bashir Magashi, has lamented that Nigeria’s military is too understaffed and underfunded to tackle the various security challenges facing the country. He made this lamentation while briefing journalists after a Federal Executive Council (FEC) meeting where he said he had made a presentation on… Alao-Akala Alao-Akala Alao-Akala Alao-AkalaRead full story

Ogbomoso stands still for Alao-Akala, as son decamps to ADP from APC

Students troop out to welcome Alao-Akala in Iseyin, give him award of best candidate