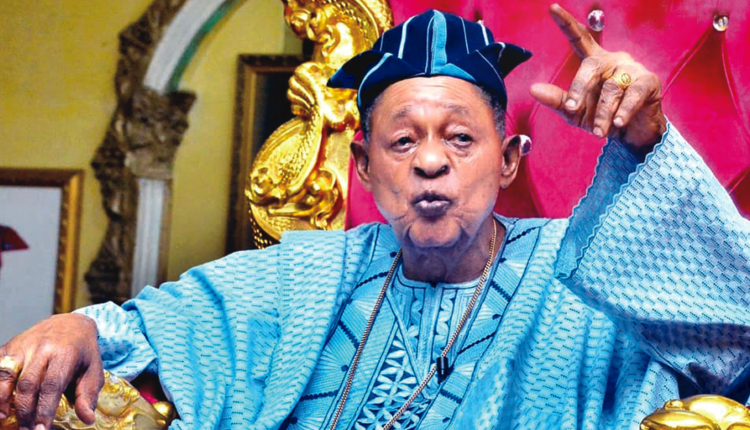 Postmaster General of the Federation and Chief Executive Officer, Nigerian Postal Services, Dr Ismail Adebayo Adewusi, has said that the Alaafin of Oyo, Oba Lamidi Olayiwola Adeyemi, has raised the standards of monarchy beyond all expectations.

He said this is evident after 50 years of being on the throne with what he called impeccable elevation of the traditional institution in Nigeria.

Adewusi, in his congratulatory message to the Alaafin, said 50 years of Adeyemi’s time on the throne has brought Oyo an unparalleled pride.

He said the entire Yoruba race and indeed Nigerians cannot but admit that Alaafin has brought the monarchy to an enviable height that can only be emulated by other Obas and others who may be aspiring to lead their people in the nearest future.

“Oba Lamidi Adeyemi has added glamour, purpose, and direction to the monarchy. The intellectual capacity of our royal father has come to demonstrate that kingship is not for the average thinker. Our father has shown that education, scholarship and erudition are necessary tools a royal father needs for productive and successful reign,” Adewusi said in his statement.

Saying that Oyo has witnessed tremendous development since his ascension to the throne, Adewusi noted that Alaafin Adeyemi’s influence is equally felt in other parts of Yorubaland as a major guide for the race.

Specifically, Adewusi said he has been a beneficiary of Oba Adeyemi’s generous guidance, adding that on many occasions, he had consulted the monarch for his fatherly advice on knotty issues.

Praying for many more years on the throne, Adewusi said Nigeria still requires the guidance of the likes of Alaafin as the nation confronts her many socio-political and economic challenges.

“We can only pray for Baba’s reign to continue to bring peace, development and stability to Oyo, the Yoruba race and indeed, Nigeria as a whole,” he added.

The British Parliament at the Westminster Hall held a debate on ‘e-petition 554150, relating to Nigeria and the sanctions regime’ on Monday. The government of the United Kingdom has however responded…Alaafin’s erudition  Alaafin’s erudition

The surprise visit made on Friday night by the leaders of the ruling All Progressives Congress (APC) to former President Goodluck Jonathan at his residence in Abuja triggered a stir in the major political camps, resulting in at least four possible theories..Alaafin’s erudition  Alaafin’s erudition