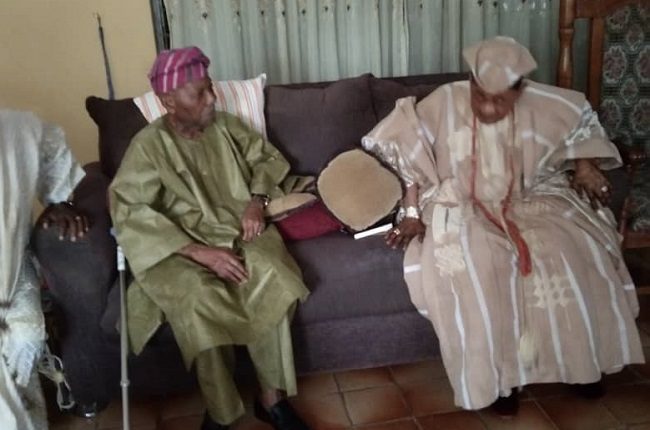 The Alaafin of Oyo, Oba Lamidi Adeyemi, on Sunday paid a special visit to the residence of the leader of the pan-Yoruba socio-political organisation, Afenifere, Pa Reuben Fasoranti, describing him as a rare icon and gift to the race of Yoruba.

The monarch who said he was in Akure, Ondo State capital, to felicitate the Afenifere leader, who turned 94 last week said the nonagenerian has spent better part of his life for the development of Yoruba race.

He noted that the Fasoranti had been providing dynamic leadership despite his age, saying the old man has remained ageless both in physical and mental strength.

“It is not only rare but legendary for a 94-year-old man to still be beaming his searchlight for the progress and development of his people.

“At that age, papa, as the leader of the Afenifere had remained purposeful in providing dynamic leadership Yoruba for race in the pursuit of right direction to the Yoruba race .

“Papa has remained ageless in both physical and mental strength. It is my prayer papa will remain young in energy for many years to come in good health.

“That Pa Reuben Fasoranti is alive and healthy today especially at this critical stage of Nigeria development to give the necessary leadership direction for our people is a special gift for Yoruba nation.”