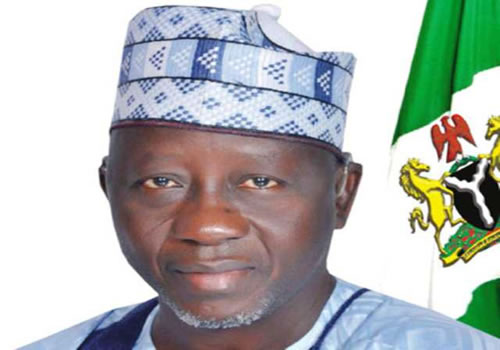 Gov.Tanko Al-Makura of Nasarawa State has presented the 2019 budget proposal of N86.64billion only to the state House of Assembly for consideration and approval.

While presenting the budget to the speaker Nasarawa State House  Assembly, RT. Hon. Ibrahim Balarabe Abdulahi,  the Governor said his government will continue keying into people’s oriented projects to better the lives of citizens.

Al-Makura, who was represented by the State Commissioner of Finance, Mr.Ayuba Ayenaje, assured full implementation of the budget if finally passed into law for the benefit of the people of the state.

“On behalf of His Excellency, Governor Tanko Al-Makura, I hereby present the 2019 appropriation bill of N86, 642, 599, 225 billion aimed at bringing the much dividend of democracy to the people of the state.

Al-Makura commended the state lawmakers and the people of the state for their cooperation and understanding and urged them not to relent in their efforts in partnering with the executive to develop the state.

The governor called on the members to give the budget proposal speedy passage to enable the state government executes people’s oriented projects for the overall development of the state.

RT. HON. Ibrahim Balarabe-Abdullahi, the speaker of the House assured the state government of the speedy passage of the budget.

“We will partner with the governor to take the state to the next level. We also will ensure that the budget is passed within the short period of time to enable the executive to provide the much-needed dividends of democracy to the people,” he said.

He has also assured the governor of their readiness to partner with the executive in order to take the state to the next level of development.

It could be recalled, on Nov.29, 2017 Gov.Tanko Al-Makura presented the 2018 budget proposal of N122.8billion only to the state House of Assembly for consideration and approval.

And recently,  on Dec.11, 2018, the House passed N23.4bn supplementary budget presented to the House by Governor Tanko Al-makura.