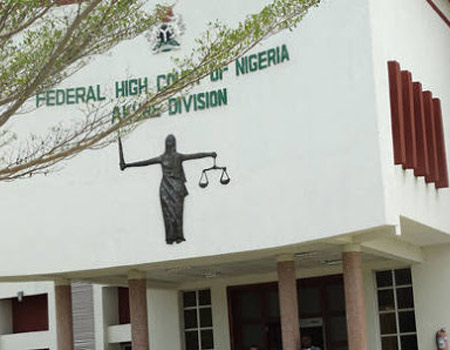 Dismissing the Appeal filed before the Court by the Abimbola Akinsehinwa, Aderonke Gbadamosi, Akinsira Usijola, Kofoworola James and Ganiyat Itunu; Justice Aderemi Adegoroye, ordered the Chief Magistrate sitting in Akure to continue the trial of the five accused persons, directing that the case should not be transferred to Ondo town.

The five accused had prayed the court for the transfer of the trial from Akure to Ondo Magisterial district for adjudication, but the court however dismissed their request.

The Chief Registrar of the Court had earlier transferred the case from Akure to Ondo judicial division during the pendency of appeal.

This was contained in a memo with registration number CRC/0377/Vol11/ which was signed by Biodun Akande on behalf of the Chief Registrar, saying the Chief Judge has granted the transfer of the suit from Akure to Ondo Magisterial district.

This decision was however challenged by Mr Remigius Akinbinu, who alleged the Chief Registrar of allegedly transferring the case despite the pendency of appeal on the issue, saying the Chief Registrar was trying to subvert the course of justice in the trial of one Akinsehinwa who was accused of obtaining money under pretence among others.

Akinbinbu said, “it is most unfortunate that we write to bring to your Lordship notice a deliberate attempt by the Chief Registrar in collusion with Akinsehinwa and his agents to foil, through malicious concocted administrative transfer the adjudicative process already in motion in Appeal No AK/7CA/2016 to determine the propriety or otherwise of the transfer of the case in MAK/0/97/2016 from Akure Magisterial district to the Ondo Magisterial district.”

“With the decision of the court sitting on appeal still pending, Mr Akinrinsola on the 24th of March, 2017 vide a letter of transfer, passed a corrupt verdict, for which he is not qualified to so act, to transfer the case in MAK/0/97C/2016 having deliberately closed his eyes to the petitions and notices brought to his attention of the pendency of appeal on the subject matter of transfer.”

However, Justice Adegoroye in his ruling made available yesterday dismissed the appeal of the accused on the ground that it was filed outside the time required under the criminal justice system of the state.

Justice Adegoroye said “the court trying the substantive case to wit: Chief Magistrate Court, Akure shall continue with the trail unless otherwise directed by the Hon Chief Judge in writing.”