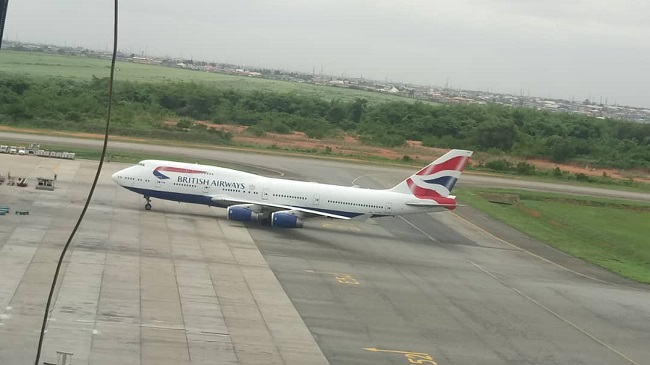 Some 48 hours after the temporary closure of Akure Airport in Ondo State over the discovery of a crater on the runaway of the airport, business activities resumed at the airport on Wednesday.

An official of the airport disclosed to Tribune Online that the development was made possible following a swift response by the state governor, Mr Rotimi Akeredolu who directed that the hole should be fixed immediately.

He said the action of the governor was helpful in bringing the busy airport back to business in time.

He said “but for the prompt intervention of the governor, it would have taken some time to be back on stream; we thank God we are fully back after three days of hitches.

“Hopefully from Thursday, we will commence operations to our destinations. All intending passengers are even being contacted to follow up on this development”.

The State Commissioner for Information and Orientation,  Donald Ojogo, who also confirmed this said that the state government had to intervene in the interest of the people of the state and their businesses.

Ojogo said “there is nothing unusual in the governor’s intervention because it has to do with the people, their businesses and those of investors.

“This is not the first time Mr Governor will intervene in the affairs of Federal Government agencies whenever there was a need to do so.

“I know there is likely to be a resumption of flights but you can confirm from the airport authorities for an official confirmation in respect of this, please,”

It will be recalled that flights were grounded at the airport on Monday,  following the discovery of a crater dug around the runaway of the airport.

The crater was alleged to have been dug on the runway by some unknown persons suspected to be hoodlums which forced the management of the airport to close the Airport and prevented the flight from taking off or landing in the airport.

Many travellers billed to travel through the Akure Airports were stranded and unable to travel as a result of the hole which was discovered by the authorities of the airport during the early morning of Monday.

Attempts to speak with the spokesperson of the Federal Airport Authority of Nigeria, Henrietta Yakubu, failed as her line could not be reached.

CA-COVID Palliative: We are waiting for last batch before distribution commences in Niger, says Commissioner