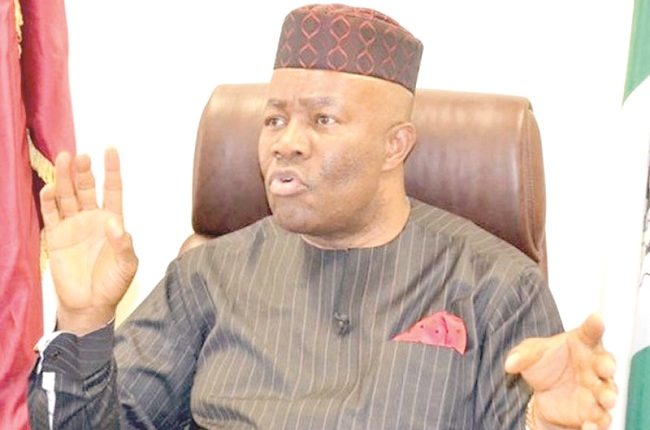 The Minister, Ministry of Niger Delta Affairs, Senator Godswill Akpabio, has stated the Ministry’s commitment towards making education and health easily accessible to rural communities across the Niger Delta region.

Akpabio who stated this while commissioning and handing over projects executed by the Ministry in Isiala Mbano and Ikeduru Local Government Areas of Imo state added that the ministry would also empower the youths for a better future.

The project involves the construction of the Health Centre at Amuzari, Isiala Mbano LGA which is designed with Consulting Room, Male and Female wards, Pharmacy and Dispensing Unit, Laboratory treatment and Injection room, furnished offices and equipped stores.

Represented by the Director of Housing and Urban Development, Mr Olufemi Oloruntola, the Minister disclosed that the construction of classroom blocks and Health Centres are being simultaneously developed in the nine states of the region and are at various stages of development.

Akpabio noted that the projects which were in pursuance of the Ministry’s Mandate started in 2017 under the “Quick win Intervention Projects” and was initiated as a palliative approach with the aim of improving the quality of life of the people in the region.

“It is worthy of note that two other completed classroom blocks and health centres furnished and equipped are also being commissioned in Delta and Bayelsa states and, more of this Quick Win Projects are still under construction, while others will commence once the 2022 Appropriation Bill is passed.

“The projects being commissioned today are some of the gains and achievements recorded by the present administration of President Muhammadu Buhari under the Change Agenda of the Federal Government,” he said.

Akpabio explained that all aspects of the project were awarded to indigenous and local contractors, maintaining that the construction process would also have benefitted the community through created employment opportunities for the youth of the host and neighbouring communities.

He pledged the unflinching commitment of the Federal Government towards redressing the inequalities that have become pervasive in the Niger Delta Region and urged the communities to be dedicated to the protection and maintenance of the facilities.

Earlier, in his remarks, the Permanent Secretary Ministry of Niger Delta Affairs, Dr Babayo Ado, informed excited community members present at the commissioning and handing over an occasion that the facilities provided by the Ministry are one out of many being developed by MNDA in each of the nine(9) Niger Delta states.

The beneficiaries of the two projects, His Royal Majesty Eze George A. Ebezim the Orize 3rd of Amuzari Ancient Kingdom, Isiala Mbano LGA and His Royal Highness Eze Ndise of Nnze Nkiri Autonomous Community of Ikeduru LGA, Imo state and other members of the communities at the different occasions commended the Ministry and the government.

While promising to sustain the projects, the community leaders appealed to the government to consider fixing the impassable roads in the communities.

CLAIM: A viral Whatsapp message claims that mobile telecommunications company, MTN, is giving out N20,000 cash, 5GB worth of data, and cars to celebrate its 20th anniversary in Nigeria.Akpabio restates commitment to making health, education accessible in Niger Delta states