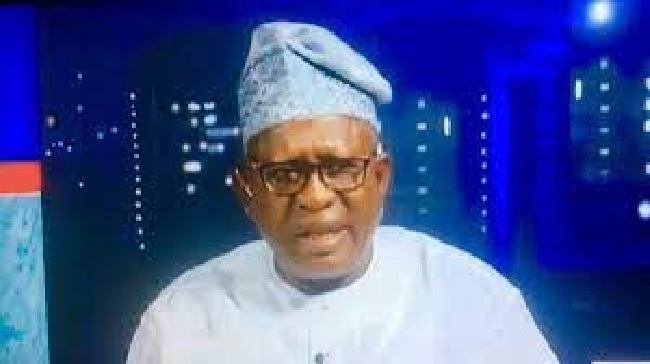 The Deputy National Chairman (South) of the Peoples Democratic Party (PDP), Elder Yemi Akinwonmi, has assumed the office of the national chairman in acting capacity.

He proclaimed himself as the new party boss on Tuesday, in a statement he released in which he also announced the indefinite postponement of the National Working Committee (NWC) meeting planned for Tuesday.

Akinwonmi explained that he assumed the office in the absence of the substantive National Chairman, Prince Uche Secondus, who was ordered by the court to stop parading as such.

He said he took over the position in accordance with the provision of the PDP constitution.

Elder Akinwonmi said in the statement: “Section 35(3) (b) of the constitution of the Peoples Democratic Party empowers me to summon and preside over party meetings in the absence of the national chairman.

“Our attention was drawn yesterday evening to a court order which purports to restrain our National Chairman, Prince Uche Secondus, from summoning and presiding over the meetings of the organs of the party.

“In the foregoing circumstances, as Deputy National Chairman (South) of the Peoples Democratic Party, after due consultations and in the exercise of the aforesaid powers, [I] hereby deem it fit and proper to postpone the National Working Committee meeting earlier scheduled for today till further notice to allow for broader consultations in the overall interest of our party.”