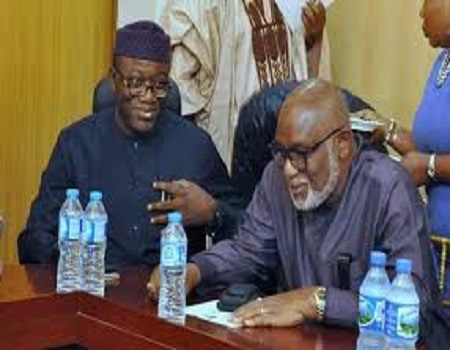 Akeredolu, who made this disclosure during a Special Thanksgiving Service held at the Christ Apostolic Church (CAC) Mount of Monument of God’s Grace, Otapete Owo, Owo Local Government Area of the state, said the dual carriageway would be tolled when completed.

According to him, the two states have concluded all arrangements to construct the road as the states await the Federal Government approval.

He disclosed that the road project would be financed with a loan from the African Development Bank(ADB), adding that the project would take off immediately after the Presidential approval and the Federal Executive Council(FEC).

He said the decision to toll the road was premised on the need to make maintenance of the road easier and to repay the ADB loan, stating that the road after completion is expected to ease transportation of people between Akure to Ekiti state.

The governor said: “When done, these roads will be tolled so as to enable the state government to have a channel of repaying monies that will be spent on them.

“The Akure to Ado Ekiti road, we have written letters to the Federal Government and we are sure that the President will sign it and it will be taken to the FEC.

”We are only waiting for the approval of the FEC, the bank, African Development Bank is ready to give us a loan to dualise the road and it will be tolled.”

Akeredolu said his administration had equally perfected plans to construct a dual carriage virgin road from the southern part of the state to Kogi in the north-central region.

The Thanksgiving Service was attended by his wife, Betty, the deputy governor, Hon. Agboola  Ajayi, members of the State Executive Council as well as the Speaker and state lawmakers.

At the service, Akeredolu urged Christians to be conscious of the kingdom of God, charging the congregation to always display a character that will be taken with God’s principle and commandments.