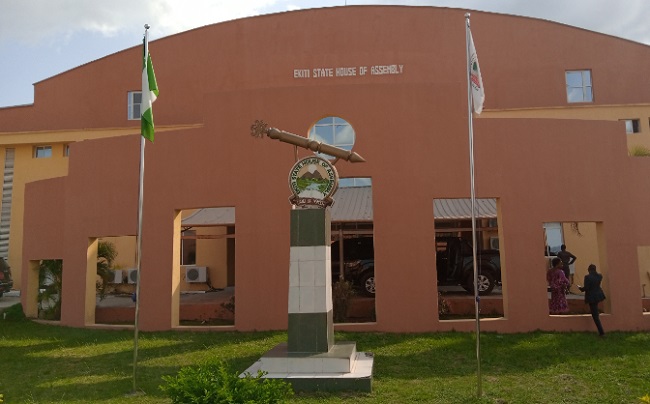 A renowned constitutional and human rights lawyer, Dr Kayode Ajulo, has condemned the impeachment of Gboyega Aribisogan as the Speaker of the Ekiti state House of Assembly, describing it as the height of political rascality.

Ajulo who joined other leading legal luminaries in Nigeria to condemn the recent controversies over the leadership of the Ekiti state House of Assembly said the development should be of extremely grave concern to every decent and discerning mind.

According to Ajulo, in a statement signed by him, while reacting to the development in the Assembly, advised political players in Ekiti not to allow selfish and personal interests to override the state or national interest, urging the lawmakers to be bold enough and toe the line of honour.

Ajulo said “political players in Ekiti should not allow selfish personal interests that brewed the sad commentary coming from Ekiti State constitutes a great disservice to the State’s enviable records and indelible marks of honour to national building and development of the likes of Aare Afe Babalola, Chief Wole Olanipekun, Femi Falana, Dele Adesina, Dayo Akinlaja and others eminent citizens of the State.

He hailed Aare Afe Babalola, Wole Olanipekun, Femi Falana and other notable legal professionals from the State following their collective stance on the allegedly controversial change of leadership in the assembly, and described the event as “a glaring rape of democracy and an intentional violation of the rule of law.”

Ajulo described the position of these foremost lawyers as a just fight to strengthen democracy and uphold the laws of the country, saying impunity is detrimental to the development of a nation.

He said ” You cannot underestimate the unmatchable contributions and services of these notable men to the development of the legal profession and the general growth of this country.

“I have had the privilege of working with almost all 6 of them. They do not engage in frivolities and their integrity is intact. They possess enviable track records in the legal profession and national development that precede their names. All of them had, at one time or another perfectly resolved the more complex national issues. So, you do not expect them to fold their arms while this is happening in the backyard.

“It may be understandable if such a scenario had happened in some of the unsettled States of the country, but it is totally unthinkable to expect such in a peaceful, sophisticated, civilized, educated, egalitarian, land that parades Professors and notable men who have contributed to the development of this country in no small measure and don’t expect a strong reaction.

It will be recalled that the Ekiti State House of Assembly had on Tuesday, 15th November, conducted an election to choose a new speaker following the demise of the erstwhile speaker of the house, Rt. Hon. Funminiyi Afuye, on the 19th of October 2022.

The election had two members of the Assembly contested and Hon. Gboyega Aribisogan won and was duly sworn in, having polled 15 votes as against the 10 votes of other contestants, Hon. Olubunmi Adelugba.

But in a twist of event, Aribisogan was reportedly impeached and suspended with six others some few days after being sworn in even before he could start acting in his new role and the candidate who had contested against him, Olubunmi Adelugba, was announced as the new speaker.

They noted that election into the position of the Speaker of the House of Assembly dictates that the present occupant of the office must be accorded a fair hearing before being removed from the office, saying the alleged suspension and stoppage of the salaries of the Speaker and six other members of the House are misplaced, illegal, illegitimate, null and void.