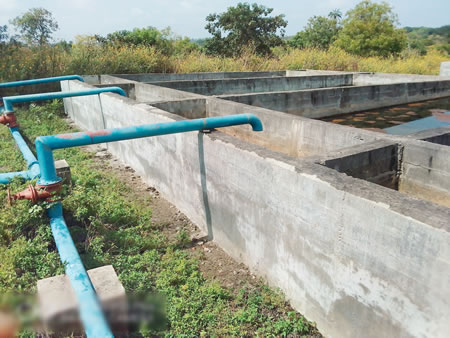 The Alajinapa of Ajinapa, an agrarian community in Oriire Local Government of Oyo State, Chief David Areo, is upset and not hiding his emotions from our reporter. The octogenarian is hurt watching the agonies his subjects go through on daily basis to find water. He says only the grace of God protects his community from outbreak of water-borne diseases.

Nigerian Tribune gathered that Ajinapa was one of the water scheme projects approved by the Federal Government in 2014 under the 2014 appropriation bill. Through the Ogun-Oshun River Basin Development Authority (OORBDA), the government awarded contracts for the projects.

A  member  of the past House  Representatives, who represented Ogbomoso North, South and Oriire Constituency, Honourable Mulikat Adeola, was said to have facilitated the N196 million project through her efforts on and off the floor of the House to ensure Ajinapa people had dividends of casting their votes for her.

In 2015, the contractor mobilized equipment to the site located about two kilometres to the main community and commenced work. Accessing the dam cannot pose a problem to a first time visitor to the community. The commercial motorcycle operators are daily at the junction leading to site, ready to guide a visitor. However, the road to the dam can discourage a casual visitor. It is a dusty terrain more frequently plied by herdsmen and their cows.

The sight of the dam itself was also that of an abandoned still water substantially covered by water hyacinth. Total silence enveloped the entire neighbourhood, except intermittent chirrups by birds and insects. When our correspondent found his way to the site where the water plant is situated, it was in a total state of stagnation with none of the installed engines making a sound of operation. Water treatment equipments, power generator and other associated items were found in the premises, which also has about three blocks of buildings.

Going by the state of the plant, the claim by the dwellers of the community over absence of potable water is accurate.

It was learnt that the community did not enjoy supply from the dam beyond few hours after it was commissioned in 2017 with fanfare. All efforts made by the leadership of the community to seek explanation yielded what the Baale described as deliberate frustration.

He said he was taken aback by the attitude of the coordinator of the project who came and allegedly ran away when he had told them about the state of water project after they had commissioned it.

“I did not know that Nigeria is that bad that an uncompleted project would be commissioned with government doing nothing about it. I was a member of the committee when the issue of water came up some years back. So, when the construction of the dam was approved by the government, we were all happy. I did not hesitate to allocate that site believing that the project would end the suffering of my people.

“But what we have seen since two years ago is dry pipe which you have also seen during your inspection of the community. I am speaking to you on behalf of my people with the belief that you would explain our plight to the government. We are suffering, and that is the truth,” he declared.

The Alajinapa’s bitterness even stemmed from the manner with which the dam was commissioned, which, according to him, was spiteful of his status as the traditional head of the community. He recalled in an agitated voice that he was not informed of the commissioning, only to see a convoy of vehicles entering the community and heading towards the direction of the site.

“I felt seriously insulted by that act because those people also have traditional rulers in their communities apart from the fact that they are Yorubas. But despite that, I dressed up and led my people to the junction which leads to the dam, waiting to receive them. But to my surprise again, they did not acknowledge us; they only drove past us just like that and left this place. But because they are representatives of government, I took it calmly and returned home,” he stated. 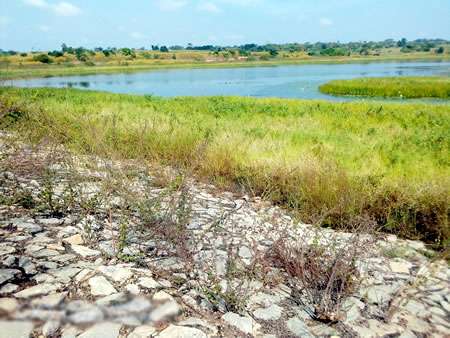 All hope is not lost as the Baale admitted that the community lives on the benevolence of a son of the soil, one Mr Bankole, whom, he revealed, facilitated a borehole, which currently serves the community.

“If not for that borehole, the suffering would have been worse. It is unfortunate that Bankole just left here. I would have loved you meet him and ask about what we pass through over water.”

Also revealed was another visit by a team which inspected the tap in the community and said that each woman would be levied a sum of N500 being monthly water rate. The Alajinapa admitted his open disagreement with the levy based on his understanding of all the terms for the project as a committee member.

“We could not agree on that term because we are farmers here. We later agreed to pay but they are nowhere to be found. We only hope that one day the government would remember that they had spent some money somewhere here and would want to know what happens to the project,” he noted.

Aside the disagreement over what is called water levy, it was further learnt that there is also a disagreement over the authority on electricity installation to the plant. The development is said to have complicated the problem of water in the community.

A resident who declined to disclose his name, however, put the blame of the incoherence to the awarding government, saying “if the government is serious about the project, there is no reason an issue like who installs electricity should come up at all. They should continue to turn Nigeria to a stage where theatres are performed,” he said.

Even though one of the security guard employed to safeguard the plant refused to speak with our correspondent, findings in the community confirmed a backlog of salary arrears by his employer. The man, who claimed to have clocked 100 years, said he had no authority to speak with a stranger on his welfare.