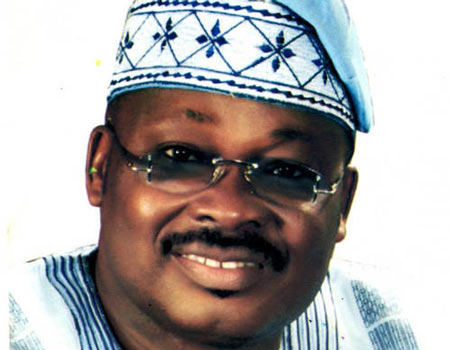 THE Director, Media, Research and Strategy of the All Progressives Congress (APC) in Oyo State, Dr Abdulazeez Olatunde has denounced notions that Governor Ajimobi imposed LG candidates on the party.

According to Olatunde, the party Chairman, Chief Akin Oke, other members of the state executive council, party leaders from ward to local government and state level, were party to the consensus at Lafia hotel, through their presence and voice vote.

He further argued against statements that the list favoured his loyalists, known as SENACO over LAMISTS, noting that Ajimobi believed in equity and fairness.

“In line with the party’s constitution, the leader of the party in the state, Governor Abiola Ajimobi, in conjunction with the party Chairman, Chief Akin Oke; the secretary, Mojeed Olaoya; and all the executive council members were in agreement.

“All the executive members of the party in the 33 local government areas and the 35 local council development areas, as well as all the stakeholders and leaders of the party, were made to sign when we would do the indirect primaries or consensus.

“In the presence of everybody, there was a voice vote. In the constitution of the party, when you want to contest for whatever position, you must have some people to sign for you. So once you have people that sign for you that cut across the local government areas, the consensus option is validated.

“We had five persons each from 351 wards attend the event. We also had about 26 executive members from each local government area. It is expected that there will be aggrieved persons as there had to be a selection from about five persons from each local government. We appeal to those aggrieved to take what happened in a sportsmanlike manner. It is not a do or die affair. Even with direct primaries, there will always be a petition.

“Let those who claim that the governor imposed candidates come forward to say that the leaders, executive council members of their local government areas and wards were not at the Lafia consensus,” Olatunde said.