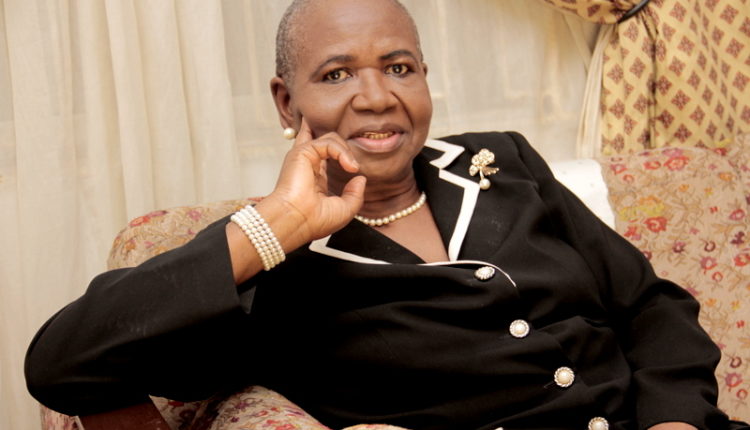 One of the daughters of Adekunle Ajasin, first civilian governor of Ondo state and a frontline governor aspirant on the platform of the All Progressives Congress (APC), Mrs Olajumoke Ajasin-Anifowoshe has asked governor Rotimi Akeredolu to stop using her father’s name for political gain.

Ajasin-Anifowoshe in a statement on Friday asked all her supporters to disregard the rumours making the rounds that the Ajasin family has endorsed Akeredolu for second term.

“Is the governor just remembering that one Ajasin exists, that that one fell into his trap and is working for his administration. This is the same Ajasin name he has been trying to erase from Ondo State’s lexicon; there was a time he was even determined to demolish the Ajasin family house where the Action Group general meeting was first held before the launch at Owo,” she said.

Speaking further, the former attorney general and commissioner for justice in Ondo state said she is in the governorship race to win.

“We are gaining grounds, moving from Local Government to Local Government and our delegates are in love with us. We are very prepared for the Primaries and shall come out victorious at the end.

“With my agenda for education, agricultural revolution, healthcare delivery, infrastructural development and empowerment, Ondo state will surely be the cynosure of all, if I am elected as governor.”