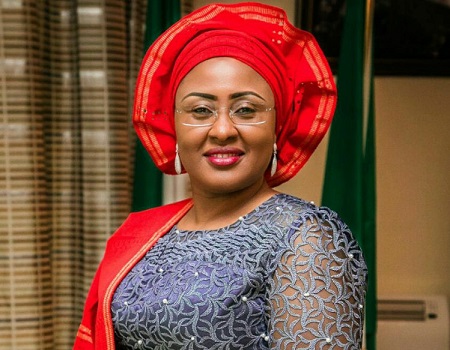 There were indications on Thursday that the First Lady, Mrs Aisha Buhari, has returned to the country after about six months stay in the Middle East.

She had left the country unannounced last year to Dubai, in the United Arab Emirates (UAE) ostensibly to participate in the wedding ceremony of one of her daughters but had stayed back since then.

The wife of the president is believed to have arrived early on Thursday.

There was no official confirmation of her return as her spokesmen did not their calls on Thursday.

However, activities around her office complex suggested her imminent return to work.

The office has been fumigated and believed to be readied for her resumption.

At about 25 minutes, the train slowed down at the uncompleted Omi-Adio terminal, a village on the Abeokuta/Ibadan expressway; it’s a stone throw from Apata in Ibadan. Conveyance of passengers from there and other terminals has not kickstarted as the terminals are still under construction and workers were found there…Aisha Buhari returns to Aso Rock after six months absence

“Please do not talk to my father. He is yet to come to terms with the death of his son. It is a most tragic experience. How does one quantify the loss of a dear brother? My brother was killed like an animal by two herdsmen. His offence was that he asked them to drive their cows off his already cultivated farmland,” Bisi Olaosepin, whose brother was hacked to death, struggled to hold back his tears as he relayed to Sunday Tribune the horrible experience that culminated in the passage of his brother…Aisha Buhari returns to Aso Rock after six months absence