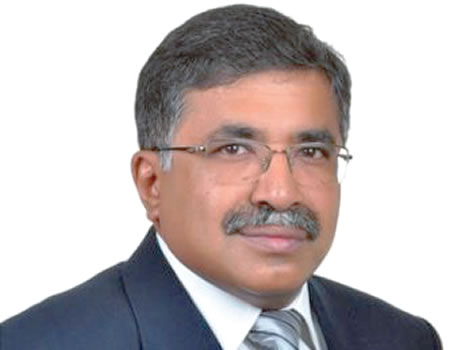 TELECOMMUNICATIONS and mobile money services, Airtel Africa Plc has announced its financial result for the period ended March 31, 2020, in which it recorded 71.7 per cent increase in Profit before tax from $348 million to $598 million.

According to the financial statement sent to the Nigerian Stock Exchange (NSE), the communication giant also increased its revenue by 11 per cent to $3.42 billion from $3.08 billion with fourth-quarter revenue growth up 15 per cent.

According to the Airtel, growth was recorded across all business segments, with voice revenue up by 5.2 per cent to $1.97 billion, data by 39 per cent to $930 million and mobile money revenue increase by 37.2 per cent to $311 million.

Basic EPS was down 47 per cent to $10.3 cents, due to an increase in shares issued. “If all the shares as of March 31, 2020 had been issued on April 1, 2018, the restated basic EPS for the year would have been $9.8 cents and $10.3 cents for the year ended March 31, 2019. Restated EPS reduced as a result of higher tax and finance costs. This was primarily the result of a $75 million, or $2.0 cents per share, higher impact of foreign exchange on debt due to the devaluation of the Nigerian naira, Kenyan and Ugandan shilling and Zambian kwacha in Q4 2020,” Airtel Africa added.

The proposed final dividend will be paid on 24 July 2020 to shareholders who are on the register of members at the close of business on 3 July (the record date). Airtel paid an interim dividend of $3 cents per ordinary share in November 2019.

Raghunath Mandava, Chief Executive Officer said “These are a strong set of results which delivered against our aspirations set out at the time of the IPO, with performance sequentially improving during the year.”

“These results also demonstrate the strength and resilience of our business and the effectiveness of our strategy – with all three business services, voice, data and mobile money, contributing to revenue growth. We have also continued to invest in future growth opportunities as we expanded our distribution, modernised and expanded our network with 65 per cent of sites now on 4G, acquired new spectrum in Nigeria, Tanzania, Malawi and Chad, and entered into strategic partnerships in our mobile money business.”

“More recently, the markets where we operate have begun to be impacted by the COVID-19 and the related actions that governments have implemented to reduce the risk of contagion. Our priority has been to keep our colleagues, suppliers and customers safe whilst supporting the communities in which we operate.”

“Telecoms businesses provide strategically essential services to ensure the functioning of economies and communities and are, therefore, more resilient compared to some other sectors. In Africa, the spread of the COVID-19 has lagged the rest of the world and, therefore, it is difficult to precisely forecast what the impact of this will be on customers and business.”

“However, our performance during the month of April has been resilient as the business continued to deliver constant currency revenue growth, although at a lower rate.”

“We enter this period of increased volatility in a strong financial position and our view on the medium-term opportunities across our footprint has not changed, as these markets will continue to benefit from strong population growth and the need for increased connectivity and financial inclusion.”

‘How we support SMEs amidst COVID-19 pandemic’