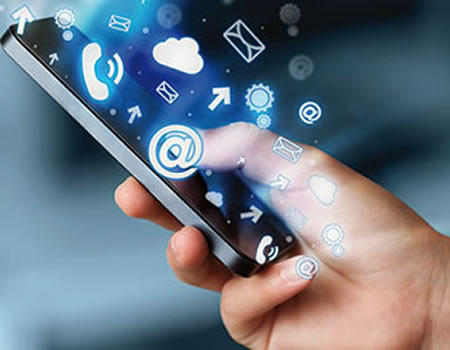 AIRTEL Nigeria has announced the launch of a new cash token reward scheme tagged, ‘ AirtelThanks’ programme to appreciate its subscribers.

The Chief Commercial Officer, Airtel Nigeria, Mr Dinesh Balsingh, said in a statement that subscribers stood a chance of getting up to N100 million cash reward with the launch of ‘AirtelThanks.’

Balsingh said the cash token reward scheme was aimed at giving Airtel subscribers the opportunity to earn cash back rather than just airtime and data bonus.

“Customers are now eligible for cash tokens that can be used to buy airtime and data as well as make purchases across 300 merchants.

“Each Cash Token offered means guaranteed cash-back and automatic qualification for the national cash token draw with a chance to win from N5000 to N100 million weekly.

“The weekly draws are televised every Saturday at 9.30 pm on AIT on the National CashToken Draw show,” he said.

Balsingh said that the company would continue to go the extra mile to reward, appreciate and delight its customers.

He said that with the cash token rewards, every customer could win cash with each purchase of data and airtime.


The All Progressives Congress (APC) in Ekiti State has declared it was not surprised with the imminent defection of the former governor of the state, Chief Segun Oni from the party to the People’s Democratic Party (PDP).  Oni, a former deputy national chairman of the APC while speaking in an exclusive chat with… Read full story

With the apparent failure of the western powers to contain a further spread of the contagious coronavirus, a religious organisation, the Jehovah’s Witnesses (JW), has cancelled its historical mode of evangelism across the United Kingdom. For fear of the disease, the Christian religious organisation, for the first time in the history of its existence, announced the cancellation of its evangelism activities, including house-to-house, street and literature cart witnessing in the entire UK… Read full story

Australian scientists claim they have already developed a coronavirus vaccine, but it could take months before it is ready to be rolled out.  Three scientists from the University of Queensland, in Brisbane, believe they have created a vaccine that could immunize against COVID-19… Read full story

Barely 24 hours to the meeting of the National Executive Committee of the All Progressives Congress (APC) to decide the fate of its ousted national chairman, Comrade Adams Oshiomhole, former Lagos State governor and national leader of the party, Asiwaju Bola Ahmed Tinubu, has finally taken a position on the crisis… Read full story

A Kano High Court on Thursday nullified the creation of four new Emirate Councils in the state by Governor Abdullahi Ganduje. While also sacking the Emirs appointed over those Emirates, the court described the appointments as illegal. It would be recalled that the state governor created four Emirate Councils of Bichi, Karaye, Gaya and Rano… Read full story